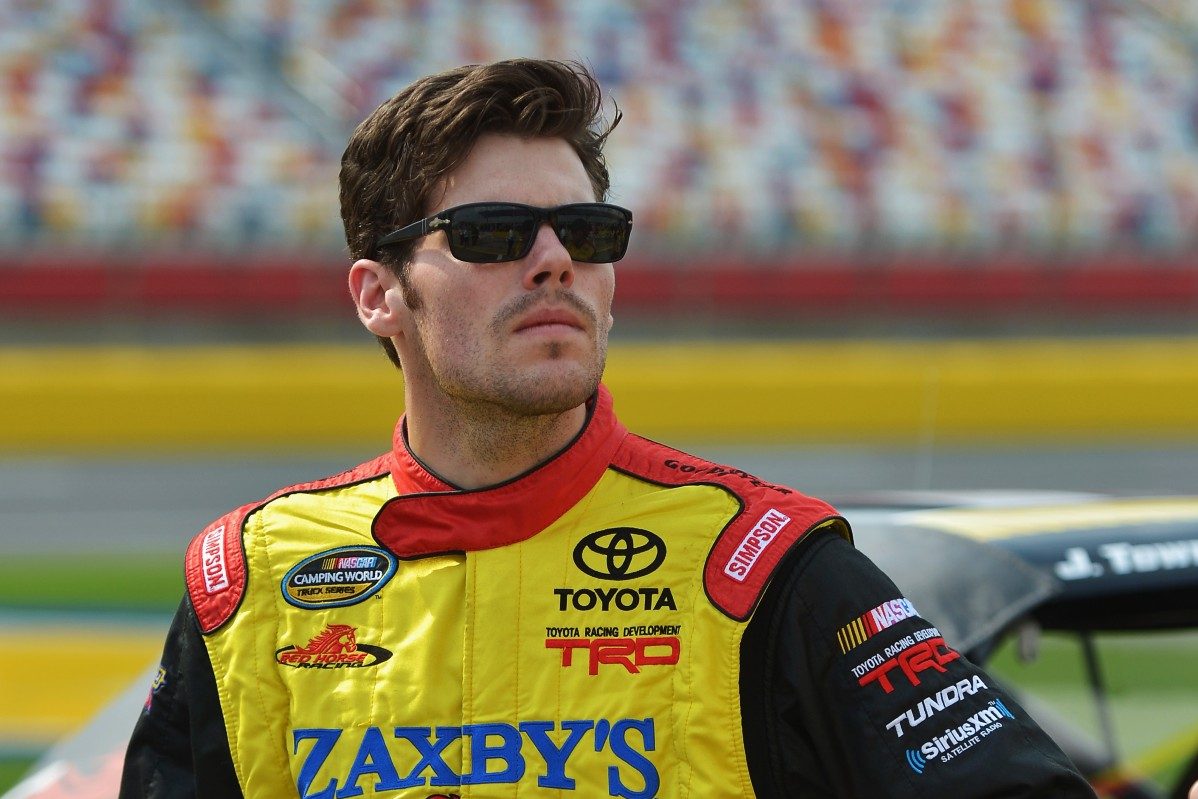 According to a report on the Georgia shooting from the Athens-Clarke County Police Department, Townley showed up to his ex-wife’s residence and “attacked Mr. Anderson and Ms. Townley with a hatchet.” The report also added that “Anderson fired several shots from his gun, which struck Mr. Townley and accidentally struck Ms. Townley.” Apparently, John and Laura’s divorce had been finalized a week prior. Anderson’s relationship with Laura Townley was not detailed.

John Townley was shot through the chest, and was pronounced dead at a local hospital. Laura, who sustained an abdomen wound from the Saturday night double shooting, was treated for serious injuries and is expected to survive.

John Townley competed in NASCAR from 2008 to 2016. He ran 110 NASCAR Camping World Truck Series races, racking up one win, 24 top-10 finishes, and two pole positions. He also ran 76 races in the NASCAR Xfinity Series, and won the NASCAR Cup Series race at Pocono in 2012.

Townley’s first and only Truck Series win came at Las Vegas Motor Speedway on October 3, 2015. With five laps to go in the race, Townley made the risky decision not to pit for fuel and beat out Matt Crafton.

“That was the hardest five laps of my life,” Townley said after winning the race.

Townley also infamously fought Spencer Gallagher after the two wrecked out at the 2016 Drivin’ for Linemen 200 at Gateway Motorsports Park. In January 2017, it was announced Townley was retiring from motorsports and Athenian Motorsports, his team of three years, would subsequently be shutting down operations.