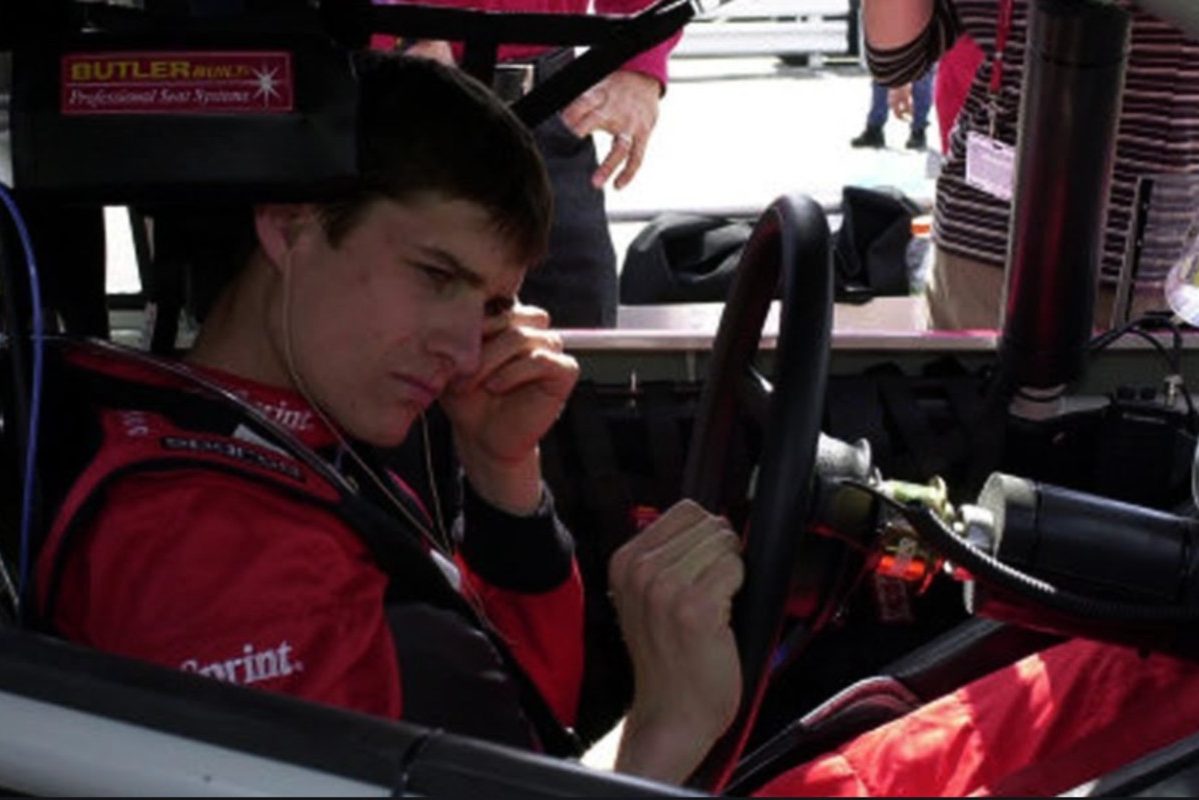 Adam Petty had an extremely promising motorsports career ahead of him, before his death on May 12, 2000. Not only was he talented, but at only 19 years old, the sky was the limit for the North Carolina kid.

A fourth-generation driver, Adam was preceded by his father Kyle Petty, his grandfather Richard Petty, and his great-grandfather Lee Petty. Sadly, Adam Petty’s legacy will be forever shrouded in tragedy, following that horrifying crash at New Hampshire Motor Speedway.

Born into the legendary Petty family, it’s no wonder that Adam Petty pursued a stock car racing career. He launched his career in 1998, when he was only 18 years old. The rookie started out in the ARCA Re/Max series, and just as his father did, he managed to win his first ARCA race at Lowe’s Motor Speedway in his No. 45 Pontiac. From there, Adam moved on to racing full time in the NASCAR Busch Series in 1999. He swapped his Pontiac out for a Chevrolet and kept the same number 45. From there, he managed to finish sixth in his first Busch Series race at Daytona, and even snagged a fourth-place finish at Fontana.

The NASCAR driver finished off his ’99 season with a 20th overall position in points. Keep in mind, though, that he didn’t qualify in three of the Busch races that season. He managed to get seven starts in the 2000 NASCAR Winston Cup Series, and the plan was to give him a full Winston Cup season in 2001. He qualified on his first attempt for the Winston Cup race at the Texas Motor Speedway during the DirecTV 500 race. Unfortunately, his race car had an engine failure during the NASCAR Cup Series race and ended up finishing 40th.

On May 12, 2000, Adam Petty was in a practice session for the Busch 200 race at New Hampshire Motor Speedway. While he was going into Turn 3, his throttle got stuck wide open, which caused his race car to crash into the outside wall of the track basically head on. It was reported that Petty was killed instantly after suffering a basilar skull fracture.

Petty’s death from the practice crash was tragic, but to make matters even worse, 1998 Rookie of the Year Kenny Irwin Jr. died in the same corner of the same race track just eight weeks later. Irwin died from a basilar skull fracture as well. NASCAR made some changes and mandated a kill switch to be installed on the steering wheel of race cars and implemented a restrictor plate for the September Cup race. Although the changes addressed the cause of those two crashes, NASCAR failed to really do much of anything to deal with the head trauma caused by the fatal wrecks.

After Adam’s death, his father Kyle drove the number 45 car for the remainder of 2000 season. After the season ended, Kyle changed his number to 45 for the rest of his career.

Even 20 years later, the death of Adam Petty marks an absolutely tragic day for NASCAR. It’s a sad truth that with all types of racing comes danger. These racers put their lives on the line every time they get ready to go racing.

With that being said, auto racing groups like NASCAR will need to continue to implement new safety measures to make sure these tragedies never happen again.