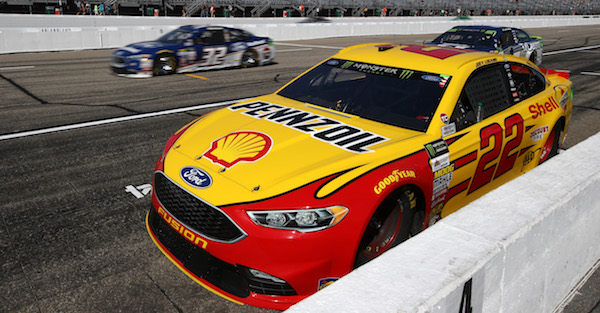 Last September, Joey Logano was forced to miss practice because his car failed a qualifying inspection. NASCAR officials made Logano sit on pit road in his car with his helmet on and engine off, and he couldn’t even have his phone.

Logano compared the incident to being in “time out,” and he was understandably frustrated with the rule.

“I just think it makes our sport look dumb,” Logano said at the time. “I do. Like I said, it?s kind of a joke. I don?t get it, personally. I think we can accomplish the same thing in a more professional manner.”

Now, NASCAR has amended the rule according to ESPN’s Bob Pockrass, so Logano can rest easy heading into the upcoming season.

Practice time penalties will now be served at end of the practice in the garage instead of sitting on pit road at the start. Cars will be black-flagged when the penalty time is to begin.

The rule didn’t make much sense to begin with, and it’s a good sign for the sport that officials were able to realize how little it made sense.

Now, if a driver is penalized, he will serve his penalty in the garage at the end of practice. Hopefully they can have their helmet off and have their phone on them, but we might have to wait and see on that one (we’re kidding, but seriously… you never know with NASCAR).