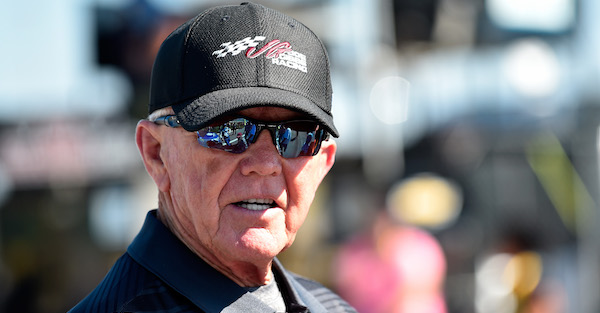 The team announced it has hired Robert “Bootie” Barker to oversee the ARCA team led by Riley Herbst. Herbst was the ARCA Rookie of the Year last season at age 18 after he finished fifth on the year.

Barker started working as a crew chief in 2002, and he worked with drivers such as Dave Blaney, Johnny Sauters and Casey Mears. He was also Ty Dillon’s crew chief at Germain Racing last season, and he was with the team since 2010.

Barker said the goal is to win the championship this year, and he believes in Herbst’s potential.

“This is an incredible opportunity for me and I am incredibly grateful to join the team here at Joe Gibbs Racing,” Barker said via Motorsport. “I am just getting to know Riley and from what I can tell, he is a great kid with an unlimited amount of potential. We obviously want to win the championship this year, but we have a goal of improving each and every day.”

Herbst echoed Barker’s comments, and he believes Barker’s experience can help take him to the next level.

“I am super excited to have ‘Bootie’ Barker come on board with the No. 18 team this year,” Herbst said. “He is going to bring a tremendous amount of experience that this team can use to assist our program. It is amazing to see what he has accomplished over his career and I am thrilled to work alongside of him. Heading into my second year, I believe that we will be competing for the ARCA Series title in 2018.”

Herbst had a successful rookie season, and he earned the first victory of his career at Pocono Raceway. Herbst and JGR are hoping the addition of Barker can help take them to the next level where they are competing for the championship this season.