Joe Gibbs heaps praise on one of his young drivers 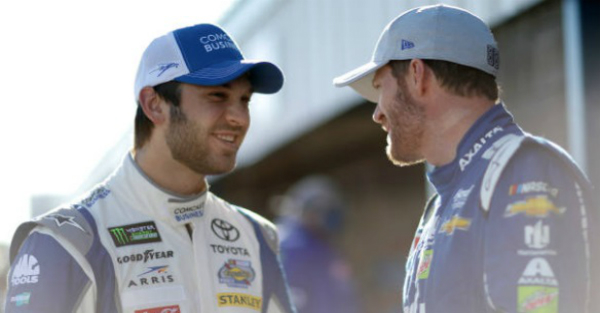 Just one short year ago, Daniel Suarez was coming off of a championship season in NASCAR’s Xfinity Cup Series for Joe Gibbs Racing.

He was probably thinking about his 2017 Xfinity season, and the thought of a few Monster Energy Cup Series races. It’s funny how things work out. Little did Suarez know, then teammate Carl Edwards would unexpectedly retire, thus mixing things up a bit at JGR, according to motorsport.com.

With the sudden departure of Edwards, Suarez immediately got bumped up to fill the void left by Edwards with the N0. 19 Toyota team. The move was a tad sooner than expected by the 25-year-old. With 12 top-10 finishes and one top-3, Suarez had a pretty impressive rookie season at the sports’ highest level, finishing 20th overall.

Team owner Joe Gibbs was impressed with the way his young driver handled being thrown into the Monster Series.

“What has slipped through the cracks was that he was basically thrown into this,” Gibbs told motorsport.com. “We were going to run one more year in Xfinity, we were going to give him another year, another year to mature and then we just threw him in there.

“If you take a look, there were 12 races during the season where he averaged a seventh-place finish and he got in about three wrecks where he likely would have also finished in the top-10,” Gibbs said.

There were two things that stuck out to Gibbs this year — Suarez doesn’t wreck, and he typically does better in the second half of a race, thus proving he has the ability to adapt and learn on the job.

With the surprising success of Suarez’s rookie campaign, Gibbs can’t help but to have high hopes for 2018.

“I think he and Scott (Graves, crew chief) are poised to do great things,” said Gibbs. “They?ve hit it off and I think they are ready to win a race.”