Jim France Will Stay in the Shadows as Interim NASCAR CEO 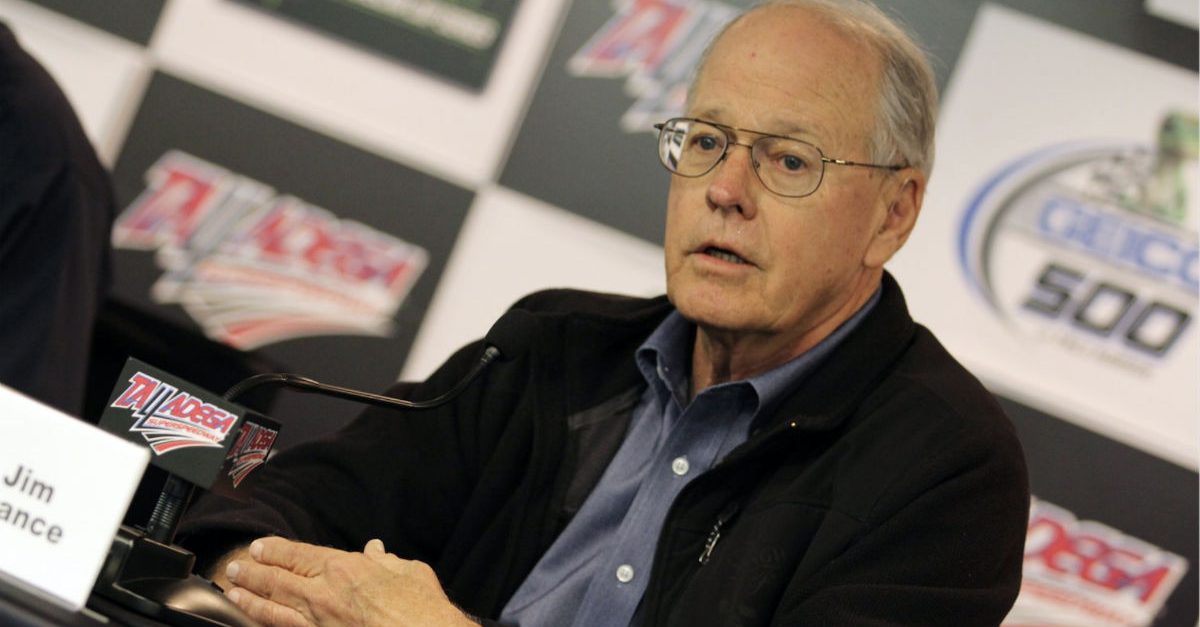 BROOKLYN, Mich. (AP) ? Jim France seems to be choosing to stay in the shadows, declining to let the public hear from him as the interim chairman and CEO of NASCAR.

France is not expected to be available for interviews as NASCAR prepares to run its first race, at Michigan International Speedway, since chairman Brian France took an indefinite leave from the company his family owns.

Jim France has been named interim chairman and CEO of NASCAR as Brian France takes a leave of absence following his arrest. pic.twitter.com/HrEUkmlpTo

Brian France was arrested on charges of driving while intoxicated and criminal possession of oxycodone Sunday night in New York’s Hamptons. His uncle, Jim, was picked the next day to take over on an interim basis. He was vice chairman and executive vice president of NASCAR.

It is not the news, or the moves, the series wanted as it struggles to cope with dropping attendance, TV ratings and major sponsorship deals.

And, it might be a long wait if anyone is hoping Jim France, who is quiet even behind the scenes, will become face and voice of the sport.

“I just hope that whoever is in that position takes it serious and does a good job with it because there are so many people in this industry that want to see it succeed,” said Kyle Larson, who drives the No. 42 Chevrolet. “I hope this is a good step to have a good change for us and get some good momentum back for our series.”

Brian France is the grandson of NASCAR founder Bill France Sr. and replaced his father, Bill France Jr., as head of NASCAR 15 years ago.

And, the relatively few people who know the Vietnam veteran well are expressing full confidence in his ability to lead during a potentially pivotal time for the series.

Jim France has worked for the family business since 1959, serving in a slew of roles. He founded Grand-AM in 1999 and help to orchestrate a merger with American Le Mans Series to form IMSA in 2014. He was also a key player in NASCAR’s purchase of ARCA.

“We’ve known Jim France since the 1970s and he’s given respect when he walks in a room,” said Len Wood, co-owner of the No. 21 Ford. “He’s earned respect. He’s always been the quiet guy in the background that did way more than you knew. He’s the kind of jeans-and-flannel guy, who you can bounce ideas off of anytime.

“We have the utmost confidence in him.”

Rick Hendrick does, too.

“He’s going to be awesome in that role,” the team owner said an interview on Sirius. “I’ve watched what he’s done with IMSA and how he’s brought all these different manufactures to the table and how that sport has grown with the 24 hour and everything else.

“A lot of people don’t know Jim because he never has been out front a lot, but there is a great leader and a great racer and NASCAR is in awesome hands.”

Hendrick, meanwhile, is hoping Brian France gets the help he needs to come back.

“Brian France is a good friend, a great guy,” Hendrick said. “I’m not sure we have a TV deal if it wasn’t for him. I pray for him and I want him to get better.”