After successful test, NASCAR driver gets to take the next step in his career 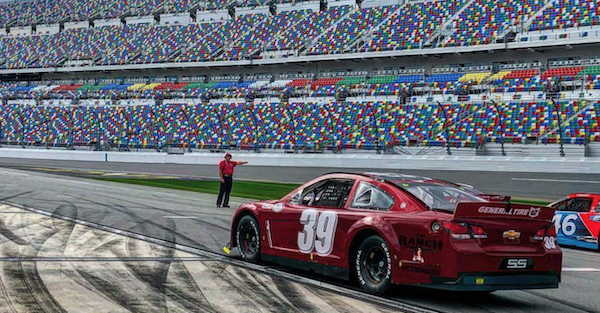 NASCAR Whelen Euro Series driver Jerry De Weerdt recently tested in an ARCA car over the weekend at Daytona, and he is now ready to compete in the ARCA season opener next month.

De Weerdt, who is from Aartselaar, Belgium, made his debut in the United States last fall with the NASCAR K&N Pro Series, and he told Motorsport he was invited to test for the ARCA ride after his Pro Series debut.

Very happy to announce we received approval from Arca to race in Daytona! The Patriot Motorsports Group by Braxx Performance Chevy will be our companion for 200miles around Daytona on February 10! #braxxracing #patriotmotorsportsgroup #arcaracing #chevy #braxxperformance #daytona pic.twitter.com/wumv4sOKJm

Related: Prominent NASCAR voice tears into new Daytona 500 ad, and he has a point

We had two great days of testing in Daytona, the speed was there, the car felt great, the team did a great job! Looking forward to more Daytona news.. #patriotmotorsports #braxxracing pic.twitter.com/ie0vrcUKEO

De Weerdt will drive the No. 39 Chevrolet for Patriot Motorsports on Saturday, Feb. 10 at the Lucas Oil 200. He said he feels good about the car, and he hopes to stay out of trouble during the race.

“I did a track day in August with the Richard Petty Experience in Daytona for 28 laps so it wasn’t my first time here,” he said. “The big difference was the drafting and that there are a lot more cars on the track now. But the car was good and stable so the feeling was good.

“In the race I hope to stay out of trouble. It’s always a gamble. You need some luck because in the end you go flat out all the time way round. So it’s up to the car and the cars around you to create speed. Finishing without crashing is the primary goal.”

It will be a busy year for De Weerdt as he also plans to continue racing in the NASCAR Euro Series, which begins on April 14 in Spain.