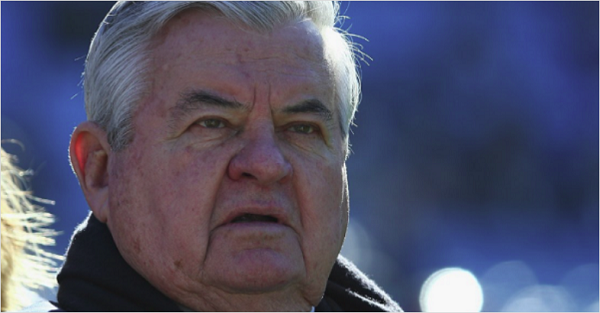 North Carolina is known as NASCAR country, so it only makes sense that a NASCAR owner or two could be in line to potentially buy the Carolina Panthers NFL team.

For those who haven’t heard yet, the Panthers’ current owner, Jerry Richardson, announced he will sell the team in the offseason following a damaging report from Sport Illustrated alleging that he’s paid several employees large settlements after they’ve complained of sexual harassment and racism.

Richardson and his partners paid approximately $206 million for the Panthers in 1993, but Forbes reported the team’s value to be at $2.3 billion earlier this year. Furthermore, according to NFL rules, an incoming owner is required to maintain a minimum of 30% equity in the team, which means anyone looking to buy the Panthers needs to write a $600 million check to become its new owner.

With this large figure in mind, Forbes put together a list of potential suitors with enough cash to get this deal done. Not surprisingly, this list featured the world’s richest man Jeff Bezos and the wealthiest person in North Carolina, James Goodnight, as well as musicians Sean “Diddy” Combs and Bon Jovi.

I would like to buy the @Panthers. Spread the word. Retweet!

Not to be lost in the mix, Bruton Smith was mentioned as a potential buyer for the NFL franchise. Smith is the CEO and chairman of Speedway Motorsports, which currently manages eight NASCAR tracks. Smith’s history is sports ownership could provide an advantage if he did pursue the team. However, Smith is almost 90 years old and it’s unclear how interested he really is yet.

Another name thrown around in the Forbes’ article was none other than Joe Gibbs. Besides being a former NFL head coach, Gibbs currently controls the second most valuable NASCAR team. Forbes has estimated JGR to be worth $225 million, making it second only to Hendrick Motorsports. The only issue with the idea of Gibbs potentially buying the team is that he would need partners to be able to afford it. Oh, and he’s currently busy running his own NASCAR team at the moment.

Forbes put out a list today of potential Panthers owners, and it included Joe Gibbs. His spokesman says Gibbs' "hands are full" with racing.

If a NASCAR owner does buy the Panthers, there would be some exciting cross-promotional opportunities coming to Bank of America Stadium.