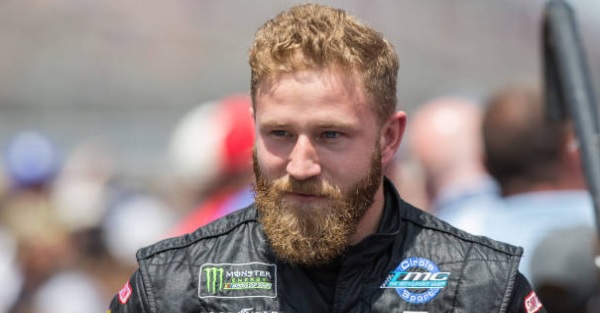 Since being let go by TMG Motorsports Jeffrey Earnhardt has been waiting to hear some good news about the upcoming 2018 NASCAR Monster Energy Cup Series season.

RELATED: Jeffrey Earnhardt speaks out after shockingly losing his ride

Earnhardt recently took to Twitter to share a fortune he received from a fortune cookie. And if it’s any indication of what’s to come, he very well could be behind the wheel in NASCAR sometime this season.

Man what I’d give if for once my fortune cookie was right 🤞🏼 pic.twitter.com/dDGCqhuTMs

The cookie said “within this year,” so there’s no timetable as to when it may happen, if it does at all. And while it’s only a fortune from a silly cookie, NASCAR would be foolish not to find a way for Earnhardt to get on the track for 2018.

RELATED: Jeffrey Earnhardt may have found an ?incredible opportunity,? but there?s one big hang up

Rumors have circulated as of late that something might be in the works for Jeffrey for 2018, but nothing has been confirmed.