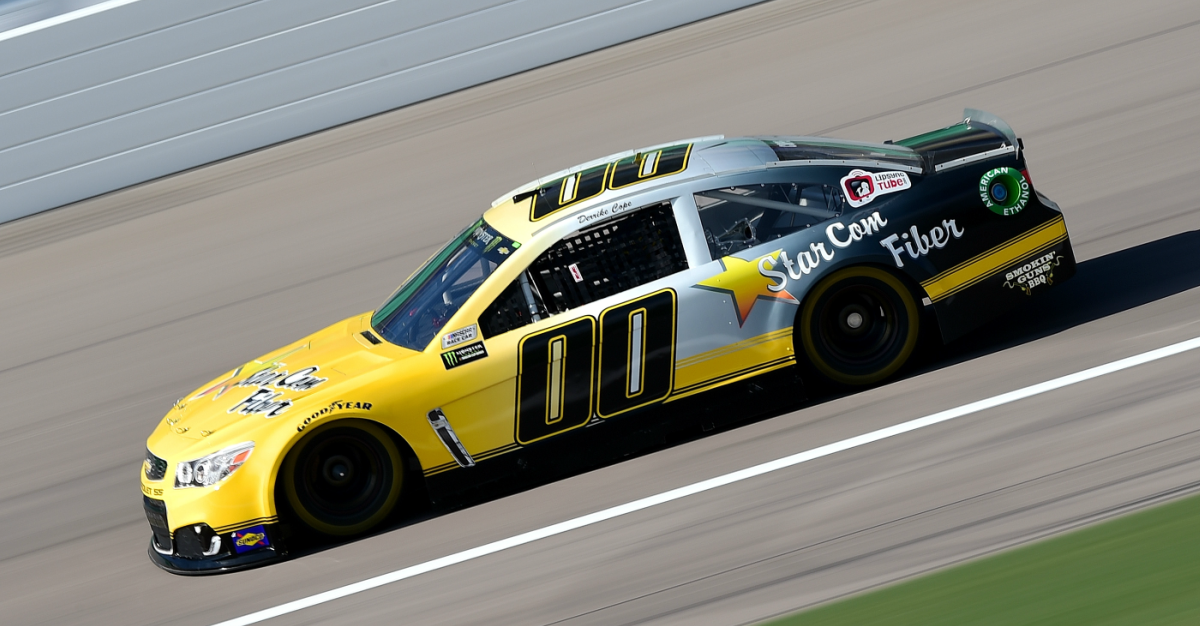 Jefferey Earnhardt finally has his ride, putting an end to a saga that threatened to end an impressive streak. According to a release, Starcom Racing has signed Earnhardt to drive the 00 car for the Daytona 500 and the rest of the year.  VRX Simulators will sponsor the team.

Related: Jeffrey Earnhardt may have found an “incredible opportunity,” but there’s one big hang up

“I am so appreciative of everyone at StarCom Racing and VRX for having confidence in me and making this a reality,” said Earnhardt in the release. “There’s been an Earnhardt driving in the 500 for 39 years so to be able to keep that streak going for a 40th year means a lot to me and I’m sure a lot of Earnhardt fans are going to be happy to hear this news.”

Earnhardt is also happy with the leadership of the team that he will be a part of, saying: “I knew (Team manager, Derrike Cope) casually before, but I didn’t realize how much he knows about race cars. He’s got a tremendous amount of technical expertise and speaking with him gave me confidence that StarCom has big plans and I want to be part of that progression,” said Earnhardt.

Cope is also a former Daytona 500 winner, and knows what it takes to be successful at the highest level of NASCAR.

“It was imperative for our young team to have a sponsored driver for our start-up year, and we did have several options. We felt that Jeffrey was the best fit for our team and VRX has already shown the type of enthusiasm and commitment that SCR has both for Jeffrey and for the sport. It will be a very exciting year for us,” he said.