Jeff Burton reflects on the recent passing of a NASCAR great 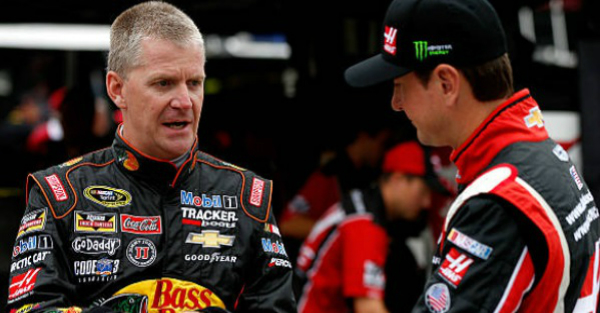 Over the better part of the past two days, NASCAR and its extended family have been mourning the loss of one of the sport’s greats.

Barry Dodson, long-time crew chief in the Cup Series passed away on Wednesday, Dec. 20 as indicated by a family statement released by his brother.

RELATED: NASCAR is mourning the death of a man who helped bring Rusty Wallace his only championship

Dodson was crew chief for Rusty Wallace for five seasons and helped Wallace win the lone title of his Cup Series career. Many in the NASCAR world have voiced their feelings in regards to the matter, including Wallace, NASCAR, and Jeff Burton.

During an interview on SiriusXM NASCAR Radio, Burton shared his memories of Dodson.

“Barry was a mainstay in the cup garage for years well before I got there, highly respected, kind person, very nice person” Burton said. “Whenever I think about Barry, I think about how kind he was to Ward(Jeff’s brother) and I both.”

“Barry opened his arms and always went out of his way,” added Burton. “I wasn’t a teammate of his, he was a competitor, but he always made you feel like you belonged.”

Burton talked about early in his career when he would be in the garage and didn’t quite know where he fit in and Dodson would always go out of his way to make Burton feel welcome, like he belonged.

“Barry was a kind person, very talented, but a kind and caring person.”

The rest of the interview can be heard below: