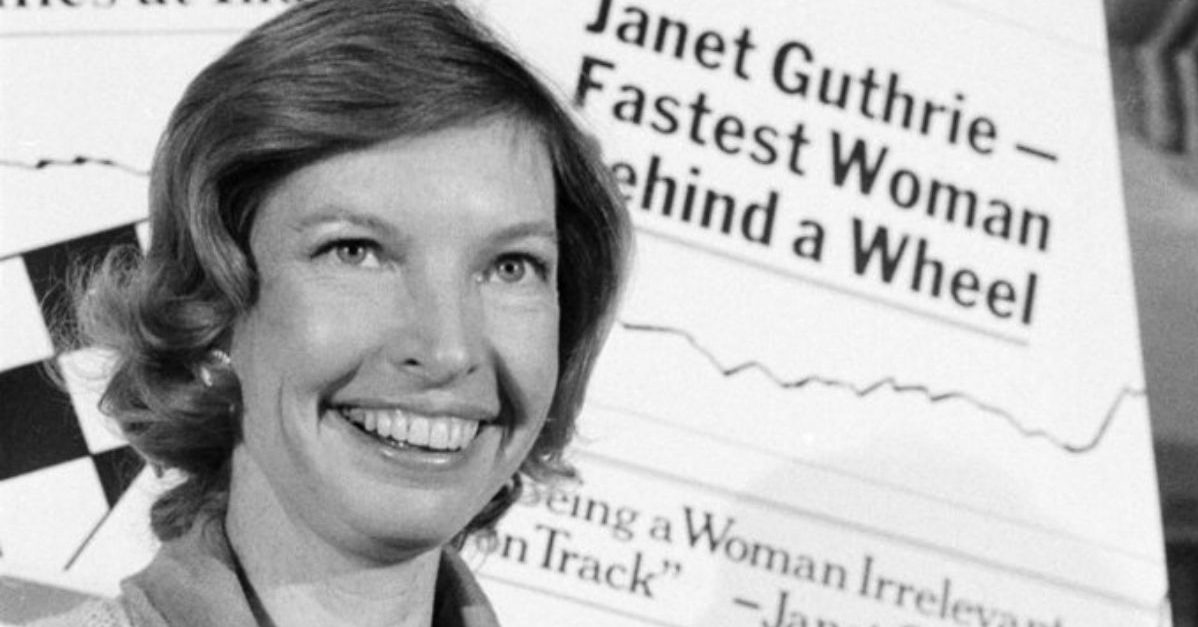 CHARLOTTE, N.C. (AP) — Janet Guthrie, the first woman to qualify and compete in both the Daytona 500 and the Indianapolis 500, was dropped from the latest list of nominees for NASCAR’s Landmark Award that honors contribution to the sport.

With Guthrie off the list of five nominees, Anne B. France and Norma “Dusty” Brandel remain the only women officially recognized in the Hall of Fame for at least another year. France married NASCAR founder Bill France Sr. and was secretary and treasurer of both NASCAR and International Speedway Corp.

Anne France was among the 20 nominees for the Hall of Fame in 2013 and 2014 but was not elected despite lobbying in the voting room by her granddaughter, ISC CEO Lesa France Kennedy. The Landmark Award was created in 2015, Anne France was moved to that ballot and elected as the first recipient of an award designated to “honor significant contributions to the growth and esteem of NASCAR.”

Janet Guthrie joined @EarnhardtKelley & @angieskinner5 on #BeyondRacing and talked about her days in #NASCAR and falling off the latest list of nominees for #NASCAR's Landmark Award that honors contribution to the sport pic.twitter.com/6WogGU9aCg

Guthrie and Barney Hall, longtime anchor for the Motor Racing Network, were dropped from the Landmark Award nominees announced Wednesday night. Hall in 2013 was inducted into the Hall of Fame under a media award named for him, and Brandel made it last year on the same award as the first woman to report from inside the NASCAR garage in 1972.

Her removal was a surprise to Guthrie, who turned 81 last week.

“Surely the nominees for 2020 haven’t been announced yet?” she replied in an email to The Associated Press. “I find that I was nominated for the Landmark Award of 2017 and 2018 as well as 2019. I’ve no idea what their reasoning is in selecting candidates.”

Janet Guthrie knocked off the list for Landmark Award. That’s a poor look, in my opinion.

The 24-person nominating committee meets during Speedweeks of the Daytona 500 to select the Hall of Fame and Landmark Award nominees. The committee includes eight NASCAR executives — among them Helton — and the daughter of Pocono founder Mattioli is among the 13 track operators who decide the nominees. There are four women on the panel, including France Kennedy and Jill Gregory, the first female chief marketing officer in NASCAR history.

Guthrie praised Jim Hunter, the longtime NASCAR and track executive who received the Landmark Award over her in this year’s class. She also lamented the financial limitations of her racing career.

“I was an admirer of Jim Hunter, who treated us well back when not everyone in NASCAR did,” she wrote to AP. “What I really wish is that I had found the funding to continue racing for the 10 years necessary to be eligible for the Hall of Fame itself. I felt certain that, had I been able to continue full time, I’d have won Cup races.”

Guthrie was an aerospace engineer when she began racing in 1963 on the SCCA circuit and was full-time by 1972.

She made 33 starts in NASCAR’s elite Cup Series from 1976 through 1980. She had five career top-10 finishes, and her sixth-place finish at Bristol Motor Speedway in 1977 is shared with Danica Patrick for the top finish by a female in NASCAR’s top series in the modern era.

Guthrie in 1976 became the first woman to compete in NASCAR’s longest race after Charlotte Motor Speedway officials persuaded her to try to make the field for what was then known as the World 600. At the time, NASCAR had gone a decade without a woman in the field.

In her book, “Janet Guthrie A Life at Full Throttle,” Guthrie recounted the icy reception she received from other drivers when she arrived for the ’76 race, where she finished 15th.

“When I shook hands with Richard Petty I thought I’d get frostbite,” Guthrie wrote in her book. “Later, he would be quoted as saying of me: ‘She’s no lady. If she was she’d be at home. There’s a lot of differences in being a lady and being a woman.'”

Petty, a member of the inaugural Hall of Fame class and a seven-time champion, softened his stance in a 2006 interview after Guthrie’s book was released.

“The deal with her … she came in before you had any diversity deal,” he told AP. “She come in just as herself and done a decent job. She come in the hard way, because no one really welcomed her in. She said, ‘I’m here, I’m going to do it,’ and she was able to get it done. You have to admire her for that.”

Guthrie became the first woman to lead a Cup race, under caution, at Ontario Speedway in 1977. Patrick and Guthrie are the only two women to compete in both the Daytona 500 and the Indianapolis 500.