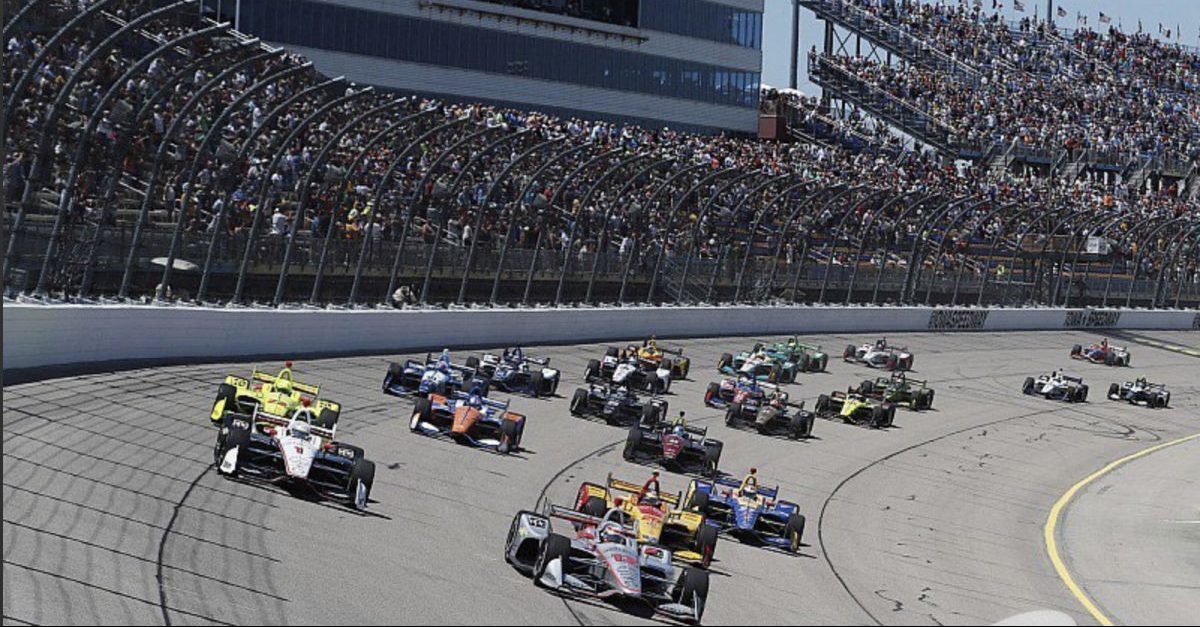 INDIANAPOLIS (AP) ? The search for IndyCar?s new title sponsor may be nearing an end ? and just in time for NBC to provide more value with expanded television coverage of the series.

?Very soon,? Miles said, describing the timeline. ?Let?s put it this way. I want it on the cars and the fire suits if at all possible for the test. We also want the new sponsor to be involved in a new app and that takes time.?

NTT Data, a sponsor with Chip Ganassi Racing, has been mentioned as a potential replacement for Verizon, which announced in October 2017 it would be leaving IndyCar at the end of last season.

Miles acknowledged no announcement was forthcoming at Wednesday?s news conference to kick off the 2019 season. Instead, the discussion focused primarily on developments and promotions designed to help the series expand its reach and boost its television ratings.

Hit the link in our bio to see more of the season's best photos. Trust us, they're 🔥

NBC, IndyCar?s new broadcast partner, announced it will carry eight of the series? 17 races on its primary network, beginning with the two Indianapolis races in May and concluding with the last two races of the season in September. The other nine events will be shown on NBC?s sports cable channel, NBCSN, starting with the season opener at St. Petersburg on March 10.

The network plans to air almost 350 hours of IndyCar racing across its platforms.

?This will be the most complete and robust season of IndyCar viewing for our fans,? Miles said in a statement.

Miles said there is a possibility Surfer?s Paradise in Australia could be on the 2020 schedule; the series hasn?t raced in Australia since 2008.

Those aren?t the only potentially significant changes for the series.

As tests continue on a protective wind screen on Indy car cockpits, new IndyCar President Jay Frye said the feedback has been mixed. But Miles remains committed to getting the safety devices on the cars as quickly as possible ? perhaps even this season.

Don't mess with it.

The wind screen development began after Justin Wilson died from injuries sustained when debris from another car hit him in the head at Pocono in August 2015.

?It?s taken longer than expected, and I think it?s important we get it on there as soon as we can,? Miles said.

Indianapolis Motor Speedway President Doug Boles also welcomed Mario Andretti back to the historic 2.5-mile oval with a commemorative logo for the 50th anniversary of Andretti?s Indianapolis 500 victory in 1969. The image of Andretti?s winning wave will appear on the track?s bronze badges, and the cover of the 500 programs. The speedway museum also plans to open a special exhibit about Andretti on May 1. Andretti?s son, Michael, also attended the news conference.

The news conference took on a somber tone when the discussion turned to Mario Andretti?s nephew, John. The former IndyCar and Cup driver was diagnosed with colon cancer in 2017 and had surgery Wednesday.

?If anyone can pull through something like this, it?s going to be him for many reasons,? Mario Andretti said. ?It?s our prayers and everything that goes with it. But it?s just believing and thinking positive, and he?s like no other. Always has a smile. I mean, we talk, ?Hey, how you doing. I?m doing fine, how you doing,? that type of thing. He doesn?t want anybody to feel sorry for him.?

Read More: The 2019 IndyCar Season Will Kick off on This Texas Track