“I’m Getting Back in a Car!” Robert Wickens to Drive Parade Lap a Year After Devastating Crash 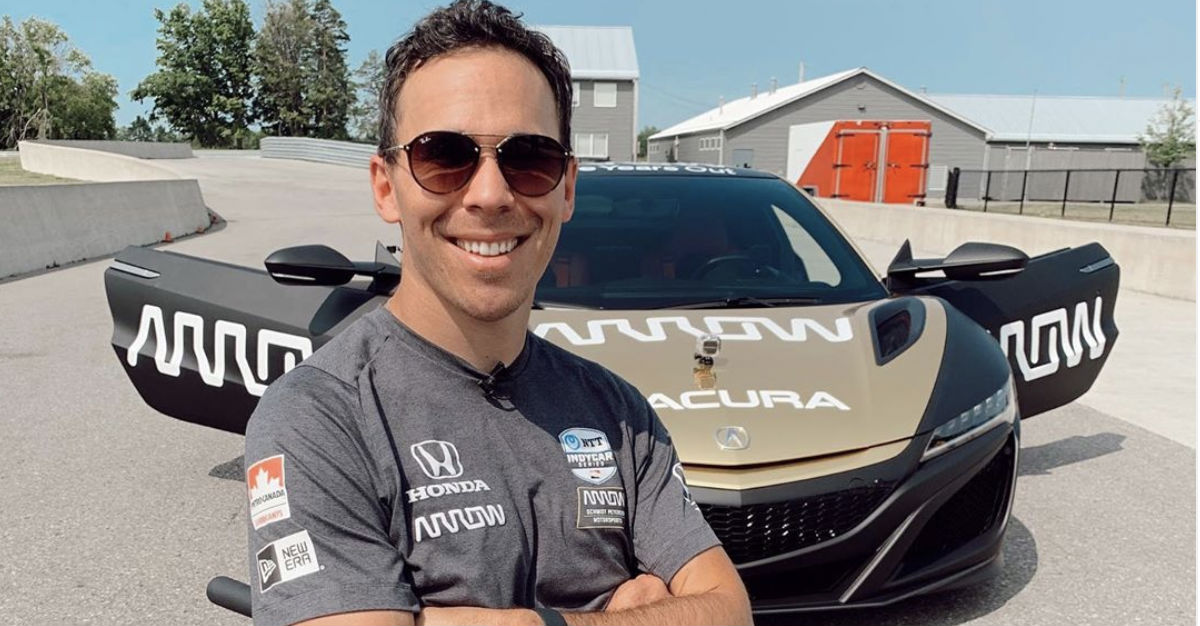 TORONTO (AP) ? Robert Wickens has attacked his rehabilitation from a spinal cord injury with aggressive goals. He wants to dance at his upcoming wedding, one day walk again with zero evidence his legs once did not work and, of course, Wickens hopes to return to racing cars.

Nearly a year after his devastating injury in an IndyCar race, Wickens will get to drive a car again at a track. He will lead the parade lap Sunday before the Toronto IndyCar race in an Acura NSX equipped with hand controls.

The modifications were made by Arrow, sponsor of the Arrow Schmidt Peterson Motorsports team Wickens drove for last season. Arrow in 2014 developed a Semi-Autonomous Motorcar (SAM) Car that allowed team owner Schmidt, who is paralyzed from the neck down, to get back in a car.

Wickens turned his first laps around Exhibition Place earlier this week in a test drive for Sunday.

I’M GETTING BACK IN A CAR! I’ll be doing the parade lap for the @hondaindy! This is just amazing and couldn’t happen without the help of @arrowelectronics installing the hand controls and @HondaRacing_HPD trusting me with such an awesome car! #IndyTO #ArrowDriven #SCIrecovery pic.twitter.com/mmaTIlrxCW

?I wouldn?t say it?s a boost of confidence because it never crossed my mind that I would have forgotten how to drive,? Wickens told The Associated Press. ?But, it was definitely an emotional day feeling that freedom and sense of independence again. It?s going to be a long road before I?m race ready with hand controls, but being back in the car has given me a lot of motivation to continue improving.?

Read More: Robert Wickens Is Still Fighting to Make His Way from the Wheelchair to the Race Car

Talks began over the winter between Wickens and Arrow, which has developed technology that assists the driver but does not take control from the driver ? an important distinction between independence over convenience. Arrow?s celebrated ?SAM? car has given Schmidt the opportunity to drive up Colorado?s Pikes Peak, perform an exhibition at Indianapolis Motor Speedway and reach 190 mph on the runway at Nellis Air Force Base in Nevada, a speed record for a semi-autonomous vehicle.

Honda, sponsor for Sunday?s race at Toronto, joined the project in March after meeting with Wickens and Arrow at the IndyCar season opening race. It provided the Acura NSX.

?It took me a little while to get to grips with everything,? Wickens told AP. ?To be honest, it?s not completely second nature just yet. This is just phase one of many to come with the car?s modifications. What Arrow was able to do in such a short period of time is remarkable, and it still allows me the opportunity to drive again so it?s a win-win.?

Wickens grew up in Guelph, Ontario, west of Toronto, and this weekend is considered his home race. He finished third there last season ? one of his five podium finishes in a remarkable rookie season cut short six laps into the 14th race of the year. He was racing at Pocono in Pennsylvania when contact with another car launched Wickens into the fence. He was left paralyzed from the waist down and his injuries included a thoracic spinal fracture, neck fracture, tibia and fibula fractures to both legs, four fractured ribs and a pulmonary contusion.

Most of his rehabilitation is being done in Denver, near Arrow?s Colorado headquarters, but he has been able to travel more and attend IndyCar races as a consultant to the team.

He will be accompanied on his parade lap by fiancée Karli Woods, who will be in the passenger seat in front of their hometown crowd.

?Obviously being in front a hometown crowd, with friends and family around, it makes it even more special,? Wickens said. ?In the winter when we first started planning this, the goal was always to have everything ready for Toronto.?