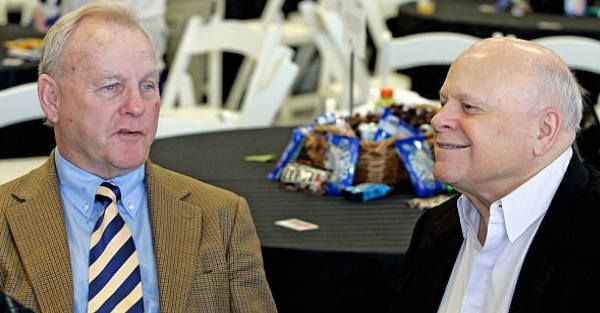 NASCAR has seen its fair share of struggles as of late, but that doesn’t mean all is lost with the sport of stock car racing.

In recent years there have been fewer fans in the stands and TV viewership has gone down. This can be partially due to the retirement of some of the most popular drivers in the sport including, Jeff Gordon, Tony Stewart, Carl Edwards, and more recently Dale Earnhardt Jr.

Humpy Wheeler, former president of Charlotte Motor Speedway was one of the key factors that led to Speedway Motorsports becoming a financial force to be reckoned with. In an interview with WBTV3,he speculated that NASCAR CEO Brian France and Speedway Motorsports owner Bruton Smith could combine their organizations and then sell it.

RELATED: Brian France has been linked to an NFL bid before, and he reportedly denied it then, too

“Something’s got to motivate the Smith family and the France family to sell what they have, and usually that’s pretty easy to do – and that’s called money,” Wheeler said.

“If somebody says we want to buy this thing called stock car racing because we can take it up a notch, because they’re thinking like everybody else, and right now the thing that would vault this entity know as known as NASCAR to an investor is growth,” added Wheeler.

There are some that feel a re-branding is in order for NASCAR and one of them is Tom Sorenson of The Charlotte Observor.

When contacted in regards to the matter a spokesperson at Speedway Motorsports had no comment. A spokesperson from NASCAR on the other-hand did have a comment and it was simply, “Not for sale.”