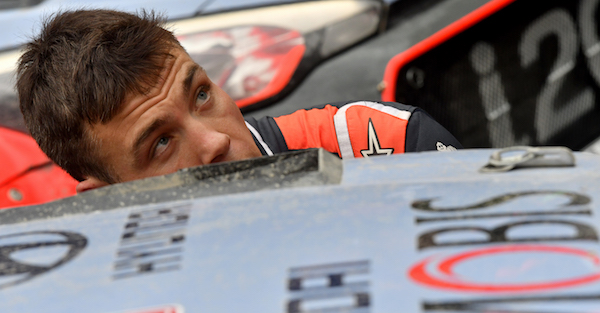 Hayden Paddon has three races remaining in the World Rally Championship this season, but he has decided to hang it up for the year and prepare for the 2018 season.

Paddon told AutoSport he is cutting his season short because he has struggled to get comfortable with his Hyundai i20 Coupe WRC.

“Next year was always the target year, and that doesn’t change,” Paddon said.

“I don’t know what’s happened this year, we must have seriously pissed somebody off for the luck we’ve had.”

Related: Analyst believes this soon-to-be unemployed driver perfectly fits a team that has an opening

Paddon hasn’t won a race this season, and he has failed to finish four different races.

“The encouraging thing for me was the speed we could show when the roads dried out a bit on Saturday and Sunday – once the grip level was more consistent then we were able to show what we’d learned about driving on Tarmac and set some top-three stage times,” Paddon said.

He said he plans to take the rest of the season to start preparing himself for next year, and he hopes he will have more familiarity with his car before the 2018 season starts.

“There’s no doubt this is a frustrating season for us, of course it is, we’ve missed so many miles in the car this year and that’s been one of the big issues for us,” Paddon said.

“We’ve made some good changes to the car since Portugal and we’ve found some real pace on gravel, but now everything is directed towards Monte next year.”

After a season full of accidents and bad luck, Paddon is hoping his extra time off will bring him success next season.