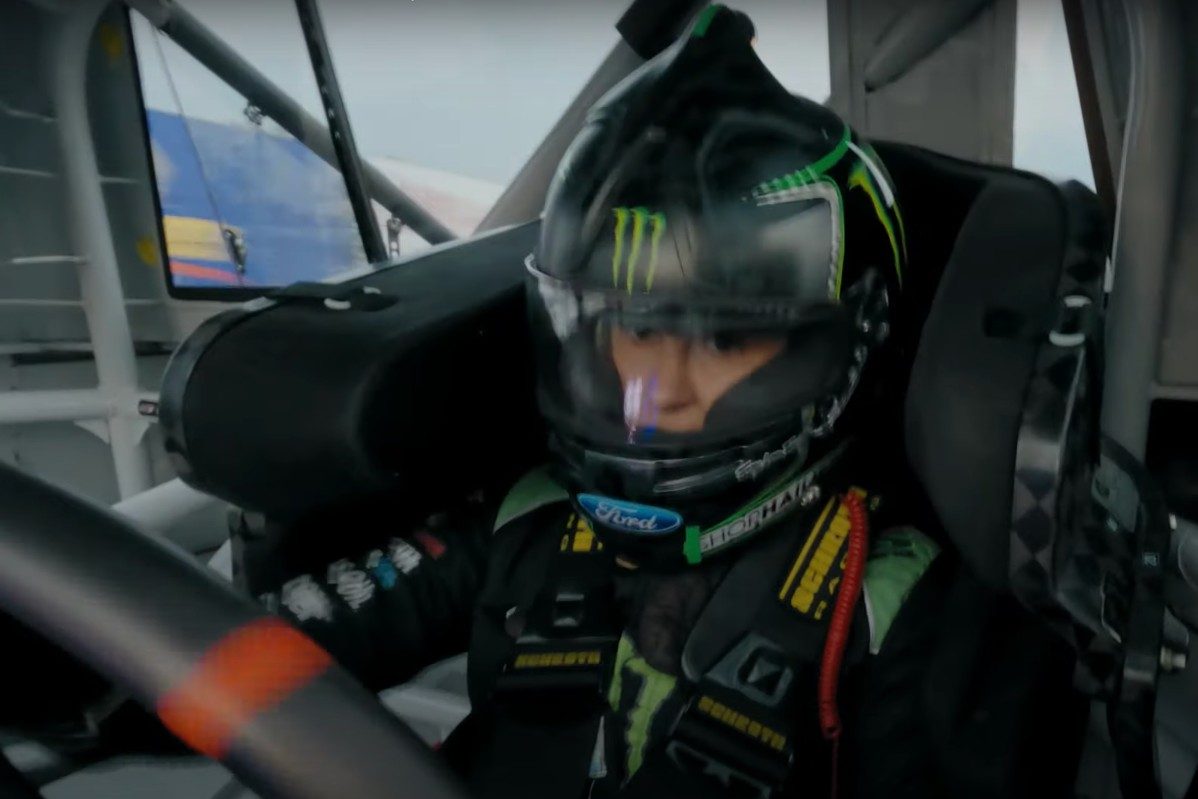 On Thursday, Ford unveiled its new racing Ford F-150, which will be used in competition for the 2022 NASCAR Camping World Truck Series. Set to make its racing debut next year at Daytona, the truck was developed at Ford?s Dearborn, Michigan, design center and at the Ford Performance Technical Center in Concord, North Carolina.

As part of the truck’s official reveal, 20-year-old Truck Series driver Hailie Deegan test drove the truck in a video posted by Ford Performance. The video was filmed at the Ford Motor Company Rouge Electric Vehicle Center and nearby Flat Rock Speedway in Michigan.

“It is great to have a new look for our NASCAR Truck Series F-150 starting next year,” said Deegan, who drives the No. 1 F-150 for David Gilliland Racing. “The aggressive look of the nose and the other styling changes really mirror the production F-150 and in the process has helped improve some areas such as aerodynamics for us on the track starting next season.”

Read More: Hailie Deegan Got Her Helmet Signed by Donald Trump at the Daytona 500

Changes to the NASCAR F-150 include a brand-new composite nose surface that features design character from the production F-150, as well as newly manufactured composite hood and tail areas.

Following the unveiling, Mark Rushbrook, Global Director of Ford Performance, said, “We’re proud to be the first to show off our 2022 NASCAR truck today. The Ford F-150 is the pride of the Ford truck lineup so we’re glad to be able to update the race version to show off the dynamic front end styling that is truly F-150. We can’t wait for our teams to get on track with it next February in Daytona.”

In an interview with NASCAR.com, John Probst, NASCAR’s senior vice president of innovation and racing development, added, “We’re always looking for ways to be more relevant for our OEMs. One of the ways to do that is to have the products on the race track more accurately reflect what’s available in the showroom. I think you’ll see a lot more characteristics of the production trucks in the trucks that you see on track in 2022.”