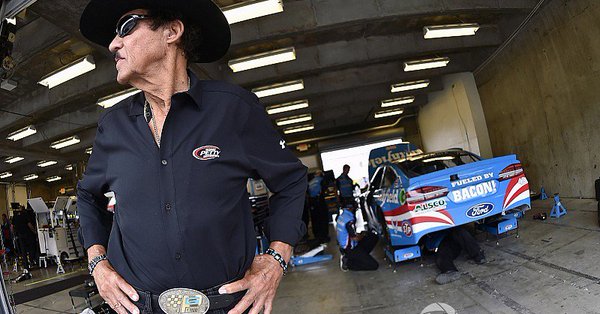 And now, we have great coaches ripping NASCAR legends and team owners.

Gregg Popovich, no doubt one the greatest basketball coaches of all-time, shredded Richard Childress and Richard Petty for their comments slamming national anthem protests. The NASCAR owners agreed they would fire any employee who kneeled during the anthem, and  The King added, ?Anybody that don?t stand up for the anthem oughta be out of the country.”

Popovich is known for speaking his mind, and he did just that in comments that lasted more than a minute. Here’s just some of what he said:

“I just heard a comment this morning, from a NASCAR owner, and from Mr. Petty, that just blew me away. ust blew me away. Where the owner (Childress) described he would get the Greyhound bus tickets for anybody to leave, and they’d be fired, and Mr. Petty said people who act the way we saw Sunday they should leave the country. That’s where I live. I had no idea that I lived in a country where people would actually say that sort of thing. “

He then appeared to take some shots at President Trump, when he said:

“Our country’s an embarrassment around the world. This is … This is an individual who actually thought that when people held arms during the game that they were doing it to honor the flag. That’s delusional.”

Here are his full remarks.

Since Friday, the sports world has been consumed with the national anthem controversy, after President Trump called out athletes for kneeling during the anthem. Since then, angry NFL  players increased their protests and basketball players like LeBron James ripped the President. After Childress and Petty made their remarks, NASCAR came out with a statement that says it supports “peaceful protests.”