Graham Rahal’s favorite place to race is in Alabama 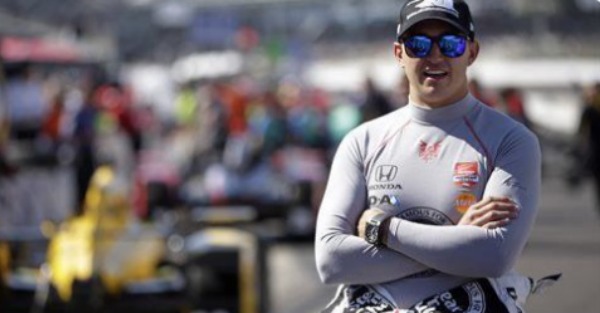 We all know that Graham Rahal loves racing, and he takes that love of the track to this weekend’s Honda Indy Grand Prix in Birmingham, Al.

But there’s another reason Rahal loves going to Birmingham – the food, the people, and – even though it’s the off-season – college football, which is never far from the hearts of anyone in Alabama.

“The food’s great, the people are awesome, it’s a beautiful place to be,” Rahal told Al.com.

Rahal is a huge college football fan, but the Alabama faithful would consider him the enemy since he’s an Ohio State Buckeyes fan. (He does have bragging rights since OSU beat the Crimson Tide 42-35 on Jan. 1, 2015 to claim the national championship).

“For me, Alabama’s been the standard for the last several years. They’re the ones that everyone’s trying to dethrone,” Rahal said, “And I see Ohio State the same way. Plus, they arguably have the two best coaches in all of college football.”

The Grand Prix is held at Barber Motorsports Park, a 2.3 mile course.

Rahal is currently ranked 15th in the IndyCar series standings.

Related: In-Car Indy Footage Is Just Like Being There For Real