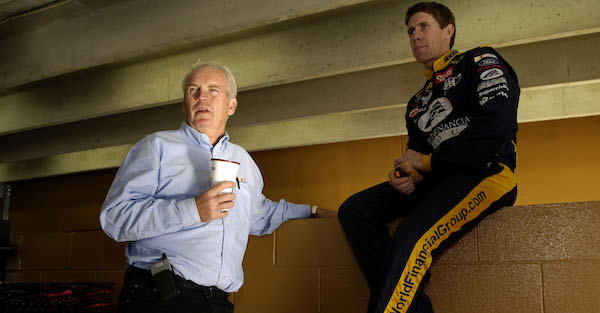 Gary Nelson has been involved in racing for several decades, but his goal has never changed.

He wants to win trophies.

Throughout his career as a crew chief and team manager, Nelson has won plenty of trophies. And the 64-year-old doesn’t plan on stopping anytime soon.

Old school NASCAR fans might remember Nelson as the crew chief for Bobby Allison when Allison won the Cup Series championship in 1983. After a successful career as a crew chief, Nelson became the director of the NASCAR Cup Series for 10 years and later the vice president of research and development in 2001.

Now, Nelson is the team manager for Action Express, and his team won three straight IMSA WeatherTech Sports Car Championship Prototype titles from 2014 to 2016. The team won the Rolex 24 in its first season, and they went on to win the championship that year.

Related: A NASCAR legend offers encouragement to a championship driver still looking for a ride

As the team prepares for the 2018 season, Nelson told AutoWeek he only has one goal in mind.

Nelson’s team came up just short in 2017, but they’re looking to rebound and win another championship in 2018. He said there are big differences between NASCAR and IMSA, but at the end of the day, the goal is still the same.

“When I started in NASCAR, we were looking for big innovations that maybe gained us a half-second per lap,” Nelson said. “Now we?re looking for innovations that give us a hundredth of a second per lap. But those hundredths add up.
“I?ve always been a big chess player. You never stop innovating, but now the gains are much smaller.”
Nelson said he’s ready for the chance to earn more trophies in 2018, and they will look to get the season started on the right track at the Rolex 24 at Daytona later in January.
Advertisement