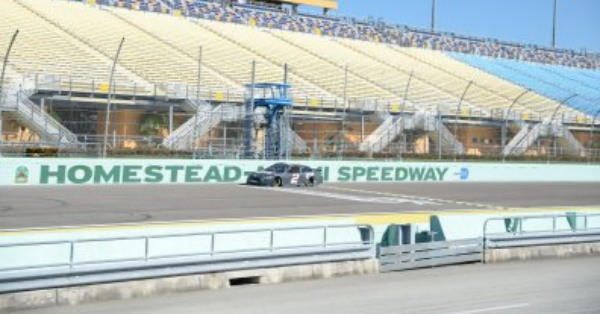 NASCAR’s championship race at Homestead will be started by an American Olympic hero.

Olympic gold medalist Gabby Douglas will be the honorary starter for the race on Nov. 19 in Miami, and she said in a press release that she’s thrilled to start the race and see who wins the championship.

“I?m so excited to wave the green flag for the Ford EcoBoost 400 at Homestead Miami Speedway,” Douglas said. “I?ve seen plenty of championships, and the NASCAR championship is definitely going to be one epic event. I?m thrilled to be a part of it.”

Douglas became the first African American to become the individual all-around champion in gymnastics, and she has three gold medals.

Here’s Douglas at the 2012 London Olympics:

Flashback to London 2012, anyone? pic.twitter.com/eezVV7Nq1o

Related: Two spots at Homestead get locked up in a dramatic finish at Texas

Kyle Busch, Martin Truex Jr. and Kevin Harvick have already clinched their spots at Homestead. The final spot will be up for grabs on Sunday at Phoenix.