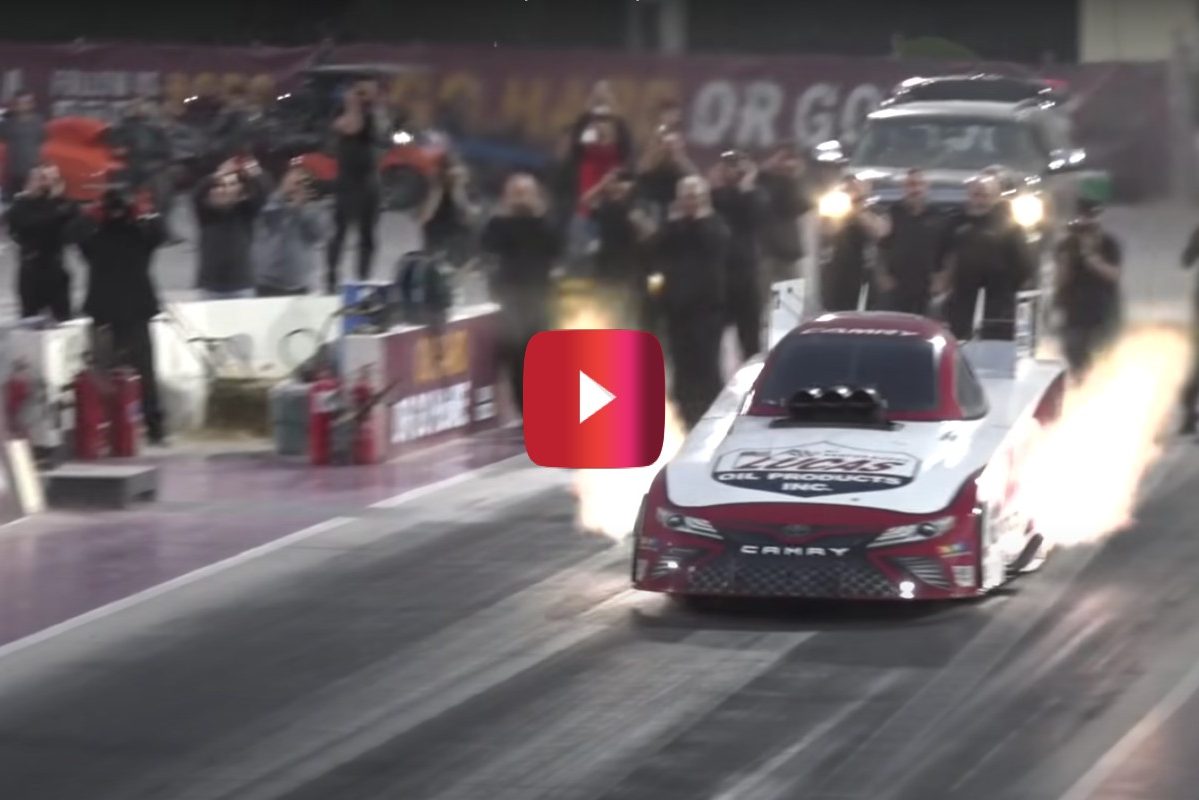 It’s extremely hard to explain to someone just how different of an animal a funny car is. The truth is, people really don’t understand until they’re up close in personal with one at the drag strip. You might think that your buddy’s 1,000-horsepower Camaro is the fastest thing out there because it ran an eight-second pass, but let me put things in perspective.

Del Worsham brought out his Lucas Oil funny car to Qatar for some test passes, and luckily, 1320 Video was there to capture all the action. This beast has 10,000 horsepower, and it’s capable of some pretty unimaginable speeds. Once he gets a few eighth-mile test passes out of the way, he lays down an astonishing quarter-mile time of 4.82 seconds at 304 MPH. Normally, a video doesn’t do much justice for how violently aggressive these race cars are, but this one captures it quite well.

Even the camera guys comment on what it’s like to be so close to a funny car screaming down the track. Keep in mind, these are guys that film drag racing for a living. You can tell by their genuine reactions that this was an experience that was unlike anything else. Bravely, one of the camera men even gets a shot from directly behind the car as it launches. He noted that the car is so powerful, it’s difficult to breathe for a second or two until the car moves further down the track. Even at idle, with it’s open header exhaust, this thing will absolutely blow your eardrums out.

While your car might be fast, it will never be quite as fast as a Top Fuel car. It’s pretty much impossible to hang in the same realm as these guys, but hey, feel free to try. If you ever have the opportunity to watch some of these racing events in person at your local track, I can attest that it’s well worth going. Just don’t forget some ear plugs.