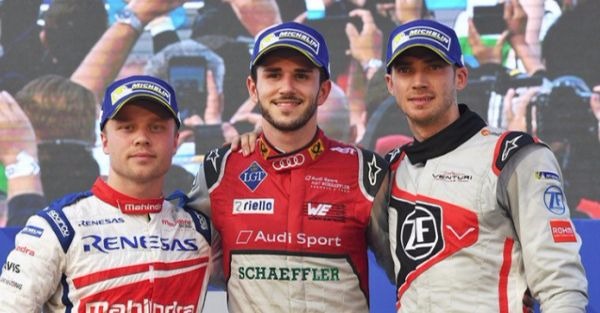 Every now and again, a NASCAR driver wins a race only to fail post-race inspection. Typically, the team will be docked points or the crew chief gets suspended, but the win usually stands.

This isn’t the case in Formula E.

After winning his first race on Dec. 3rd, Daniel Abt was on top of the world. He sprayed champagne in victory lane and soaked up the win with his team. However, just hours after the race, Formula E officials announced his car failed to meet the series’ technical and sporting regulations. Specifically, the FIA security stickers on the motors and invertors of the car did not match those listed on the vehicle’s technical passport, according to CNN.

Due to this violation, Abt’s win was disqualified and second-place finisher Felix Rosenqvist was declared winner of the Hong Kong ePrix.

The win for Abt would have came on his 25th birthday, but his Audi team is appealing the decision. Audi reportedly said the equipment that caused their failed post-race inspection gave them no advantage on the race track and was purely an administrative error, according to Reuters.

Formula E drivers will have a long time to dwell on what happened in the Hong Kong ePrix. Their next race isn’t until Jan. 13th, which will be held in the Moroccan city of Marrakesh.