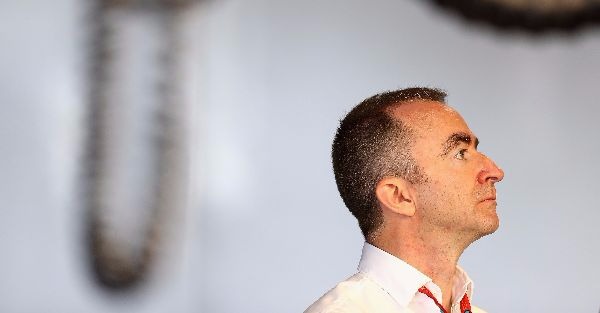 NASCAR’s crusade to cut back on spending has been well documented. Hiring younger, cheaper drivers and owners kicking around the idea of a spending cap highlight the struggles the sport is facing. But NASCAR is not alone, another top tier racing series is facing issues of it’s own.

Formula 1 is currently facing issues with their competitive balance, with the V6-hybrid-turbo engines drawing criticism for being too complicated and costly to design for lower-level teams. Per ESPN, Haas team principal Guenther Steiner has claimed that the top teams (Mercedes, Ferrari and Red Bull) came into the year with an advantage of 1.5 seconds.  F1 big-wigs are meeting to address these concerns and others to ensure an entertaining series, but one team’s technical chief thinks their focus is in the wrong place.

Paddy Lowe, Williams’ technical chief, thinks instead of a different engine package, rules controlling spending are the way towards a more competitive field.

“I think when you look at F1, although there is a lot of discussions about the problems with engines — it isn’t the biggest problem in the sport,” Lowe said according to ESPN. “It is seen as a problem among the top three teams fighting for the top steps but the biggest problem at the moment is the disparity to the remainder of the teams. It is not a round engine choice.

“I don’t think [engines] are the biggest problem in the sport. If you go look at the race in Austin and the performance split between the top six — well top five in the end — and then the rest, it was two different races and that isn’t split on engine grounds. I think this is one of the problems in the sport where the [spending] gap is extremely large. We need to find some great wisdom to get through that.”

He then added something NASCAR fans will likely be nodding hard in agreement with:

“I think whenever you change regulations you always create opportunity and actually create a divergence whether it is around engines or current limits. What creates convergence is regulation stability. The more you leave things alone — you see that with the engines today as they are a lot closer than they were three years ago. I think the new regulation change has to be done with great care. I find it curious that people place emphasis on new regulations needed to create convergence when it does the opposite.”

Changing the rules and regulations constantly is not only annoying to the fans, but makes it harder for the teams with tighter budgets to keep up and compete.