Stats show Formula 1 is in the process of becoming boring, and it needs a big fix 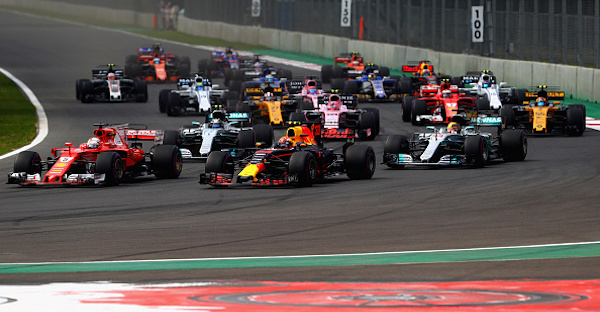 Fans watching Formula 1 races in 2017 probably noticed there weren’t as many drivers overtaking opponents during races.

Racecars were faster and wider this season, which made it more difficult for drivers to pass someone. Data revealed that the number of overtaking moves dropped 49 percent in 2017. There were only 435 instances of overtaking, which was down from 866 the previous year according to Motorsport.

This year was the lowest number of passes in the series since 2009.

Overtaking dropping that much in the span of the year is a problem for Formula 1. Obviously, making the cars wider and faster makes it more difficult to pass, and this is an issue executives need to be concerned about heading into next season.

Watching cars pass someone is one of the most thrilling aspects of a race. Seeing such a substantial decrease should flash a warning sign to Formula 1 execs, and if that trend continues next season, it will most certainly need to be fixed.

The 2016 season saw the most overtaking since records began in the early 1980s, and then they went to the newer model of cars that resulted in such a drastic change.

The width of the car might need to change back to what it was in order to produce a more competitive product. It wasn’t exactly a banner year for Formula 1, and while there probably won’t be any changes this offseason, executives might have to go back to the drawing board if the problems persist another year.