F1 radio scans are just as profane as NASCAR’s 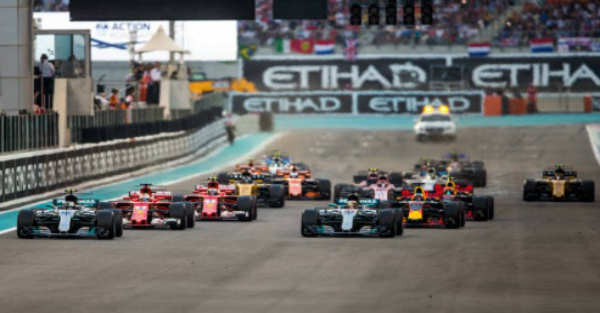 If you’ve ever listened to NASCAR radio scanners, then you know they can be fired up, foul mouthed clips, expressing frustration on the track. Over in Formula 1 there are some similarities and some notable differences.

In F1 the drivers are much calmer over the radio, where as in NASCAR, it always seems like they’re yelling. The Formula 1 drivers sound so cool, calm, and collected, it’s hard to pick up their frustrations. That is until they start letting their words flow freely.

RELATED: Jimmie Johnson and Chad Knaus have tense back and forth over radio in Phoenix

It’s a little uncertain as to exactly what was said, but the words were bleeped out and that’s where we can draw the comparisons between the two.

In Formula 1’s final team radio compilation of 2017, all of the good and bad, can be heard from the race at Abu Dhabi.

After hearing this, it’s kind of sad we’ll have to wait until next season for the soothing sound F1 drivers politely voicing their frustrations with expletives.