F1 may have axed grid girls, but “pretty girls” will still have a place in the series 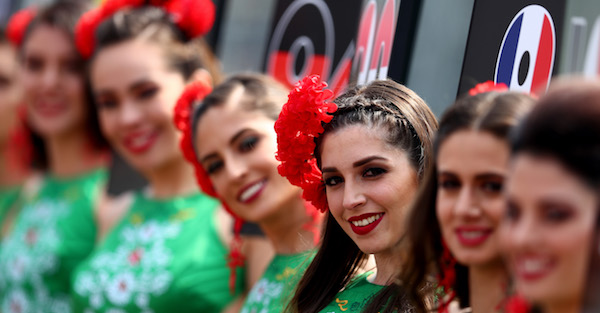 Formula 1 made the decision to remove grid girls from races, and commercial chief Sean Bratches said using grid girls “does not resonate with our brand values and clearly is at odds with modern day societal norms.”

While the grid girls won’t be a part of F1 this season, CEO Chase Carey said he still wants to sport to “maintain glamour.” And that includes having “pretty girls” at races.

“I think it’s a part of life, and it’s a part of what makes our sport special,” Carey said via Motorsport. “It is a sport of glamour and of mystique.

“But I think you have to continue to evolve. In today’s world there are obviously different sensitivities to 10-12 years ago. I don’t think you can just be stubborn.”

Related: Rival series comes off as hypocritical after it taunts F1 for use of grid girls

Carey said if the majority of people don’t agree with their methods, then they’ll change them. But until then, expect more of the same from F1.

“If a meaningful number of people don’t agree with something, I think you have to respect that,” Carey said. “But we will continue to be a sport with glamour, with excitement ? and with pretty girls.”

It doesn’t necessarily seem like Carey is getting the point of why F1 wanted to do away with grid girls to begin with. There won’t be grid girls, but there will be “pretty girls” used to help promote the sport. Which is basically the same thing.

Perhaps it won’t be a big deal for anyone, but it will be interesting to see what the difference will be between F1 using grid girls and the new way of approaching promotion.