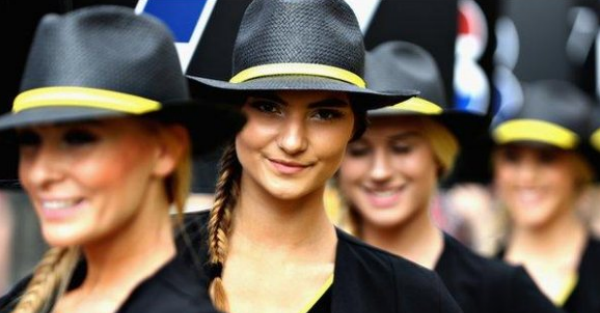 This is a bad, bad look.

Just days after Formula E ridiculed Formula 1 for finally getting rid of grid girls, Formula E used them in Hong Kong during the series’ opening race, according to a report in Motorsports.com.

FE used gird girls at the request of the local promoter.

“Formula E will have grid girls,” series CEO Alejandro Agag said. “Maybe not in every race, but I think they are part of the tradition of motorsport.”

So it’s one thing to stand by a decision to keep using grid girls, but this comes off looking hypocritical because, just days earlier, a FE spokesman ridiculed F1 for finally getting rid of grid girls.

“We’re glad to welcome F1 to the 21st century,” the unidentified spokesman said. “Formula E stopped using grid girls last year already, but we just didn’t feel the need to shout about it.”

No need to shout, but now they have some explaining to do. Why call out F1 if FE planned to use grid girls in its races?

The grid girls controversy began after F1 announced the change in a press release from Sean Bratches, F1’s managing director of commercial operations:

“While the practice of employing grid girls has been a staple of Formula 1 Grands Prix for decades, we feel this custom does not resonate with our brand values and clearly is at odds with modern day societal norms. We don?t believe the practice is appropriate or relevant to Formula 1 and its fans, old and new, across the world.”

Since then, the grid girls have fought back, claiming the decision is nothing but political correctness run amok.

Grid Girl Michelle Westby tweeted a couple pictures of herself and a link to her comments on Facebook. There, she slams those who she says have no clue what the Grid Girls do and the opportunities it provides. In her case, Westby says it led to her getting a job as a stunt driver.

“First of all the majority of the girls working on the grid have a very strong interest in racing and like myself got involved in pit duties where possible and even used my time at race events to learn and better my knowledge of cars and racing,” said Westby. “Girls message me all the time saying how I inspire them and made them want to try to get into racing / drifting when they didn?t want to before, thinking girls wouldn?t be accepted as much.?