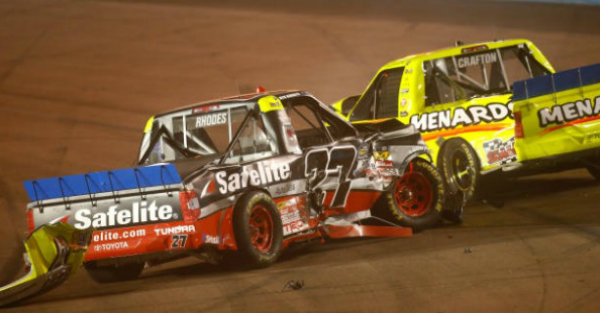 If there’s one thing NASCAR learned on Friday, it’s that you don’t interfere with football fans and their college football.

The NASCAR Camping World Truck Series race went on a little longer than anticipated after three red flags for accidents came late in the race.

According to Yahoo Sports, the Washington-Stanford game was originally scheduled to kick-off at 10:30 p.m., but after the series of crashes and subsequent cleanup but the race changes that a bit. The,longer race led Fox Sports 1 to move the football game to Fox Sports 2, which isn’t as readily available as FS1.

A series of disgruntled football fans took to Twitter to show their displeasure for the network and its choice to delay their broadcast of the game.

I'm not sure which is more pathetic… the fact that #UW lost to Stanford or that Fox prioritized NASCAR truck racing over the game.

@FS1 @comcast Hey another wreck! The only thing worse than the driving in this crap fest is your decision making. Put on the football game!

@FS1 Truck racing instead of top 10 Football? Your network is a pathetic joke.

While the football fans were clearly upset and understandably so. No television network is going to switch to another event, with the outcome of the current event still in doubt.

If the shoe were on the other foot, would they feel the same way? Probably not!