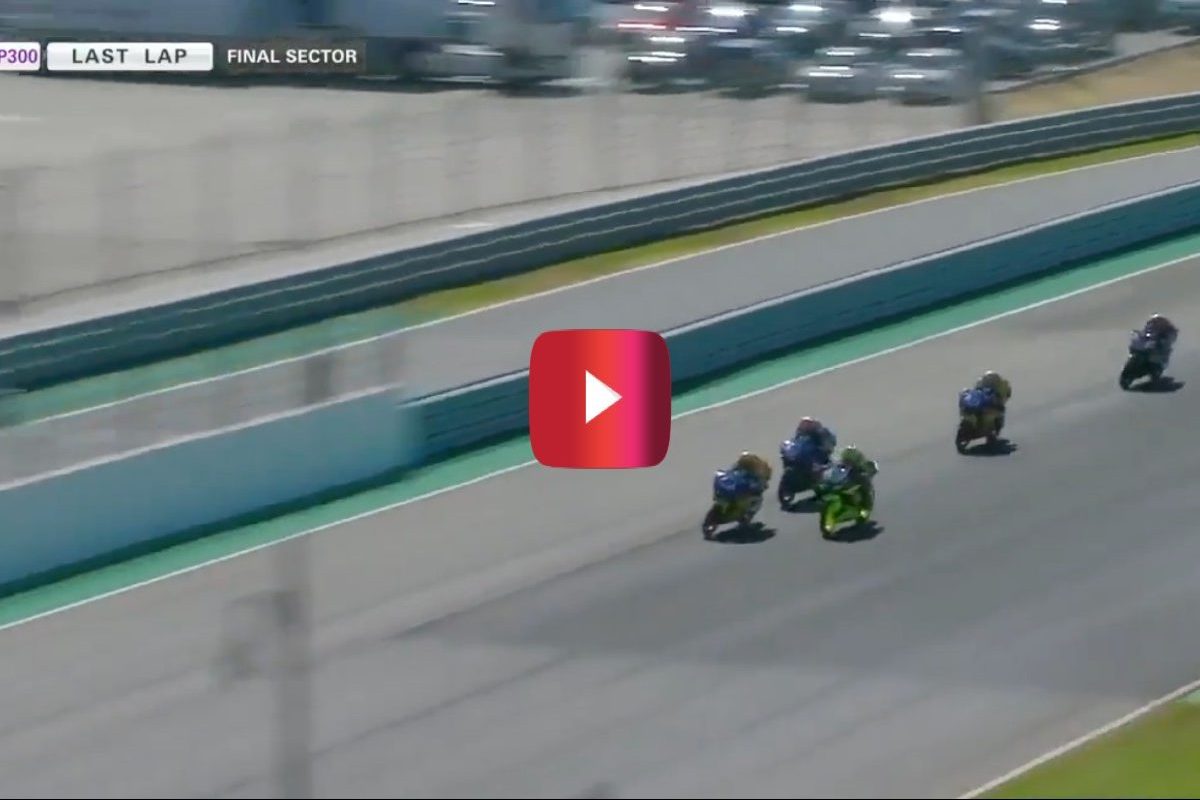 In this flashback clip, we’re reminded that Ana Carrasco Gabarrón is a truly impressive racer.

Long after getting her racing start on minibikes at age 3, Ana Carrasco became the first woman to ever win a FIM Supersport 300 World Championship race with a very impressive maneuver to pass the leader on the final stretch. Not only would this win go down in history as the first female Supersport 300 World Championship race win, but the amazing comeback and strategy that helps Carrasco sail past the first and second place riders to gain the lead is breathtaking.

Carrasco, 20, started the race in third, and she flew by the leader to win the race by less than a tenth of a second. It all happens so quickly, so smoothly, and so utterly according to plan that you might need to watch a few times to let the goosebumps really settle in.

Carrasco would go on to finish 8th in the Supersport 300 World Championships in 2017, receiving a Golden Penguin Award for her impressive campaign.

It didn’t look like she had a chance, but she flew into the lead at the last second for the win.

Where is Ana Carrasco Gabarrón today? After dominating the Supersport 300 World Championships in 2018 and finishing third in rider standings in 2019, she was sidelined in September 2020 by a spinal injury. A horrifying crash during a test at Estoril left her with two fractured vertebrae, which required plenty of rest, healing, and physical therapy before she could be cleared to ride again.

As of February 2021, Ana Carrasco Gabarrón has headed back to the track with an all-clear from her medical team. Her early starts have shown promise, and it’s clear that the same fighting spirit that gained her the lead in this monumental race hasn’t left her.