Racing series upsets a number of drivers to cater to one 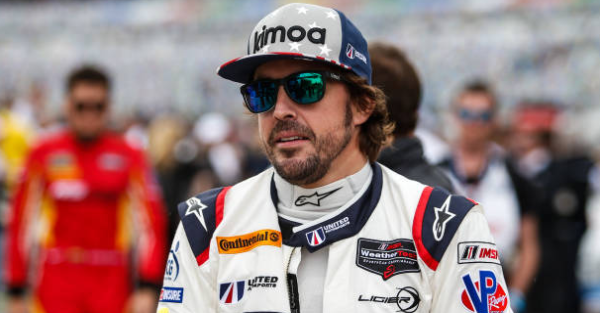 Sometimes you’ve got to ruffle the feathers of one in order to please the entire group and sometimes it’s the other way around.

Formula 1 driver Fernandon Alonso announced he’d race all of the dates on the FIA World Endurance Championship schedule for Toyota that don’t conflict with his F1 dates, according to jalopnik.com.

The WEC moved back the 6 Hours of Fuji a week after Alonso announced his plans, making way for the race to fall into place for Alonso to participate.

The race was originally slated for Oct. 21 but was rescheduled for Oct. 14 the previous week to avoid conflicting with the F1 United Sates Grand Prix. It was the only overlap on Alonso’s schedule between the two racing series.

Just two days after he announced his plans, it was reported that a request was put in by Fuji to accommodate the F1 star’s schedule. They feel his star power could give the series a much needed boost.

A spokesperson from the WEC was asked about the reason for the schedule change and, while they didn’t come right out and say it was to accommodate Alonso, they did give a reason for the move:

“Why would a championship and a circuit that?s owned by Toyota not take advantage of the biggest draw possible?”

While the move works for Alonso, it brings up scheduling conflicts for far more than one driver. The original date for the 6 Hours of Fuji was Oct. 14 but was rescheduled to Oct. 21 because the IMSA Petit Le Mans is also on Oct. 14 and, with the similarities between the two series, there are many drivers that try to race both.

While Alonso was happy to hear of the change of schedule, others were not and took to Twitter to share their feelings.

Many thanks @FIAWEC I can’t believe you did it… your lack of consideration and respect for the drivers who had a contrat with a team in IMSA to race in NAEC the same weekend are unbelievable. I’m sure I will be not the only one to be impressed with what you did 👎🏻

?We work always to protect the interests of the championship and this is first and foremost what we took into consideration. How could we have someone like Fernando Alonso in our paddock, racing for Toyota and say we are going to Japan without him in their car? For Japanese fans, to respect what Toyota is doing, and for the championship as well?Alonso is racing for a World Championship and to win that he can?t miss a race. It was logical and if you ask the Japanese fans they are very happy.

?We understand this causes trouble for some other drivers and my hope ? a big hope ? is that maybe that IMSA can find a way to move the date because we have done it before and it?s possible. … We of course informed IMSA about this weeks ago and they fully understood ? believe me they completely understand the added value that a driver can bring.

?The fact is that first we took into consideration the biggest interests of the championship and to have Alonso with us in Japan was just that. We know it?s very difficult for those drivers who are disappointed, but we are trying to look after global interests and that?s very important. In the end, for us, this made sense. …?

It will be interesting to see how things pan out for the two races come October.