Driver describes this insane brawl as ‘a war inside the track’ 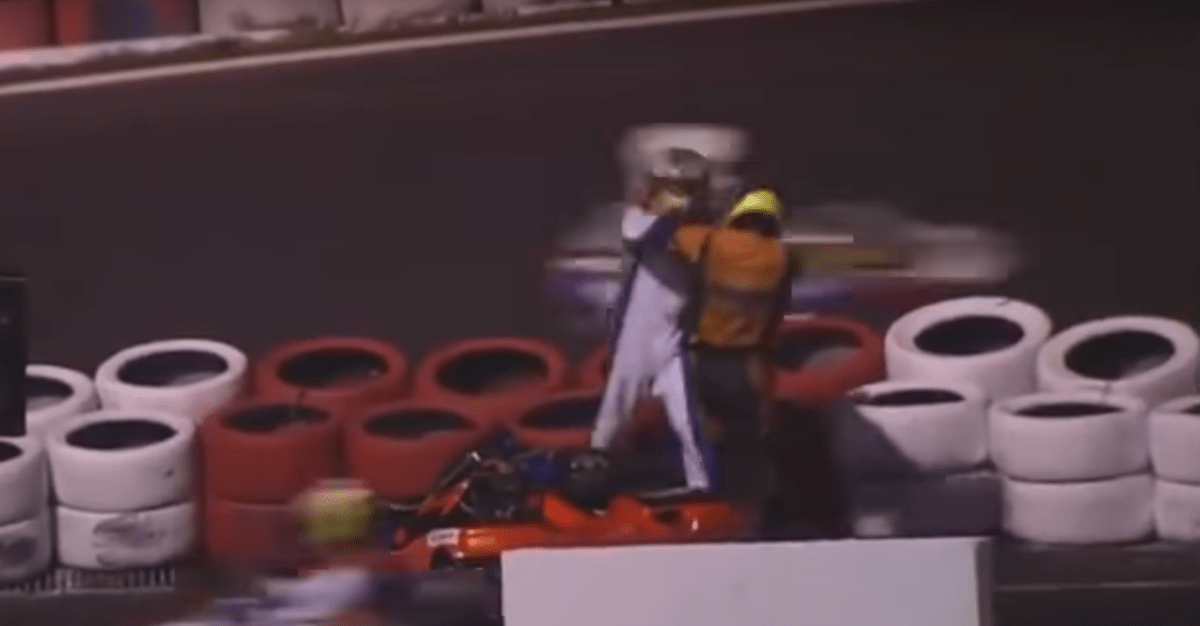 A Brazillian Kart race, the 500 milhas de Kart Granja Viana ended in a brawl after a rivalry between two teams erupted at the end of a nearly 12 hour race. The MDG Matrix team owned by ex-Formula One driver Philipe Massa and Sambaiba Centerbus Racing teams had battled the whole race, and with Massa himself leading the race, his lapped teammate and the second place driver from Sambaiba Centerbus Racing took the rivalry to the next level.

Since we don’t speak Portuguese, we turn to Motorsports.com to explain the run up to the brawl:

“Rodrigo Dantas, who was driving a second kart for Massa?s team, was holding up former World Series by Nissan and A1 Grand Prix racer Tuka Rocha ? who was in second and trying to catch leader Massa.”

From there, you don’t need to be bilingual to tell what’s going on. Rocha, upset with being held up by a lapped Kart, began bumping Dantas before finally crashing both of their karts into the wall. That’s when the two drivers got out and squared off. Dantas got Rocha to the ground trying to rip off his helmet and began wailing on him as racers continued to drive past. Dantas then appeared to start choking Rocha and security had to separate the two.

All Karts from both teams were disqualified after the fight, but Massa thought it never should have gotten to that point, saying:

?From what I saw during the race], the whole team should be disqualified. But that did not happen, and what happened next was a war inside the track. For me, this is very sad and sadder still to see my team within that. It was not my decision ? I was driving the [leading] kart. But I apologize to everyone for what happened today, because I have never seen anything like it in my career. The competition is inside the track, but never in this way.?

The two drivers likely took part in their last race at the yearly event as the race’s organizer Felipe Giaffone said, ?We will take appropriate steps to banish the culprits from these unfortunate scenes.?

Related: Countdown to Daytona: This wild finish featured 2 cars smashing into each other and a fight