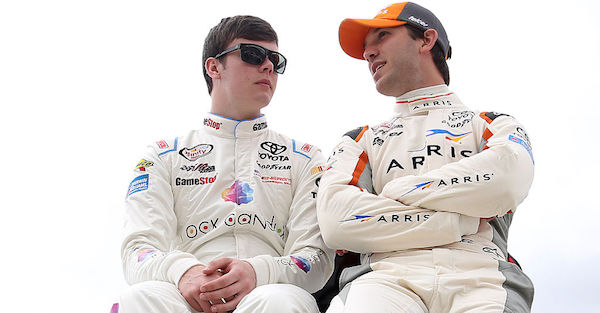 Rookie Erik Jones needs a win in the last four races to reach the postseason, and his best opportunity might be Sunday at Michigan International Speedway.

Jones is originally from Byron, Michigan, which is about two hours away from the racetrack in Brooklyn, Michigan. After last Sunday’s race at Watkins Glen, Jones returned home for the week to spend time with his friends and family prior to Sunday’s Pure Michigan 400.

Despite Jones’ close proximity to the track, he actually didn’t spend much time there growing up and didn’t race there until 2015.

Jones told the Charlotte Observer he rarely attended races there growing up, and he has only raced there one time in each of the three NASCAR series.

Jones finished 13th at Michigan earlier this season, and he has seven top-10s on the year. But he said he wants a win, not just a top-10 finish.

“We?re not looking for top-10s. We?re looking to try to go out there and snag a win.”

A win in his home state would be a monumental accomplishment for Jones, especially since it would clinch a playoff berth for the rookie. He’s recorded top-10s in his last two outings, so Sunday could be the race he finally breaks through.