Dale Earnhardt Jr. Took on Jimmy Fallon in a Cooler Scooter Race, and It Looked Like an Absolute Blast 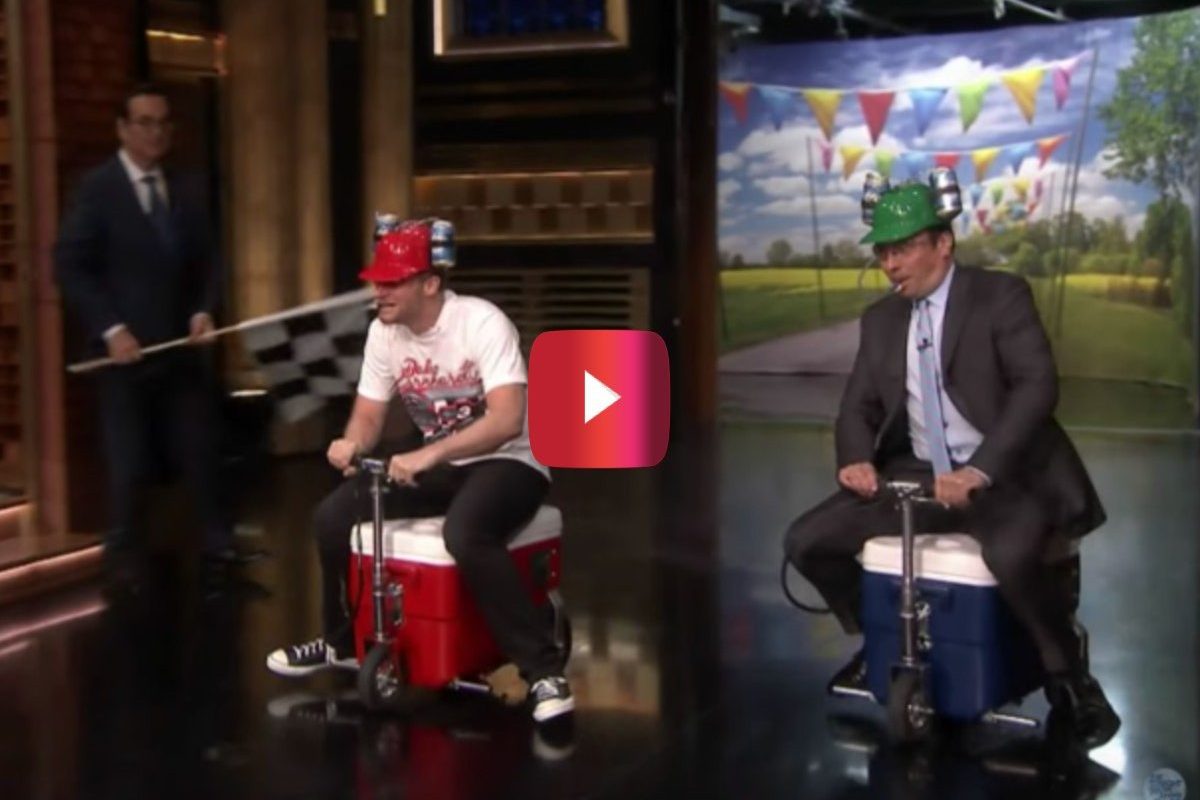 These days, Dale Earnhardt Jr. has put his full-time auto racing days behind him, as he focuses on his next career in media, which includes as a NASCAR broadcaster and hosting his Dale Jr. Download podcast. But, the NASCAR great can still find a way to win a race, if the challenge ever presents itself. Even if the vehicle he’s racing in happens to be an electric cooler scooter.

During an episode of The Tonight Show back in June 2018, Junior — sporting a beer helmet and a T-shirt with his late dad’s No. 3 Chevrolet car on it — took on host Jimmy Fallon in one of the coolest late night television competitions we’ve ever seen.

Since both Fallon and Earnhardt Jr. are currently NBC colleagues — with Junior working as a broadcaster for NASCAR on NBC — we’re sure there’s going to be a lot more racing-based shenanigans like this going down in NBC’s studios in the future.

That looked like fun, didn’t it? You’re probably asking yourself, “Where can I get myself an electric cooler scooter like that?” Well, it just so happens that you can actually buy an electric scooter just like the ones in the video on sites like Amazon and eBay.

While they may be a little on the expensive side, if you happen to have some extra cash lying around, having one of these bad boys would make for an absolute blast for barbecuing outside or tailgating any number of sporting events. Can anyone say Fourth of July cooler scooter racing?