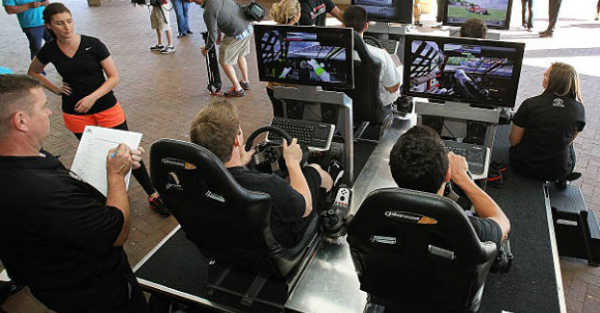 Many professional sports organizations are making a move towards e-sports appeal to younger audiences and it seems to be working.

Rather then being left out in the cold it seems NASCAR will follow suit and join in on the action. Two different bodies within the stock car racing association are in the process of developing e-sports championships that should be up and running this year, according to autoblog.com.

One of the two might be as ready as soon as the Daytona 500, which is slated to get underway in just less than two weeks. Last month, Sports Business Daily reported that Blake Davidson, the sanctioning body’s VP of licensing and consumer products, was working on an e-sports championship that would take place at tracks on race weekends. Players would have a choice between NASCAR Heat 2, which is a game available on Playstation and Xbox, or they could step things up a bit and go for the seriousness of iRacing.

RELATED: A former NASCAR driver gets suspended for reportedly being a very bad sport

As of now nothing is for certain, but it is a work in progress. The amount of tracks participating is still unknown, but International Speedway Corp and Speedway Motorsports Inc. own 20 NASCAR tracks collectively have signed on but the status of the three independent tracks is unknown. Other items that have yet to be determined are prize payouts and a start date, but it could happen before the green flag drops at Daytona.

Sports Business Daily also reported that Rob Kauffman, chairman of the Race Team Alliance and co-owner of Chip Ganassi Racing, was working with iRacing on a separate, team-based e-sports championship. This would be aimed more at highly skilled entrants with teams drafting racers and competing for a six-figure prize.

While it may seem NASCAR is new to e-sports they do have some experience in the field. In 1990 the sport sanctioned Bill Elliott’s NASCAR Challenge for game consoles and PC . Then in 1993 Daytona USA with it’s NASCAR-esque play is one of the highest grossing games of all-time.