Young driver gets fantastic news, picks up ride for 2018 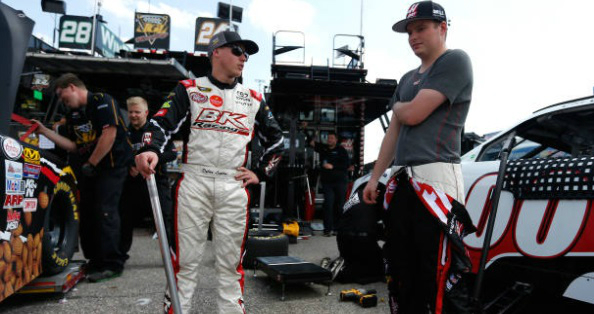 As the upcoming 2018 NASCAR Xfinity Series season draws nearer one driver has learned what he’ll be driving.

Dylan Lupton drove the No. 24 for JGL Racing in 14 starts but will be making the move to the No. 28 of JGL. It was announced that he’ll be running at least 21 races in the Xfinity Series, with the first being the season opener at Daytona next month, according to NBC Sports.

Lupton has competed in 24 Xfinity races over the past three seasons, but failed to crack the top-10 last year. More races could be just the answer to seeing Lupton climb the ranks of the series.

“We continued to improve throughout the 2017 season and I was able to gain valuable experience that will help tremendously in the new season,” Lupton said in a press release. “With the switch to Ford over the off-season and our new alliance with Roush Fenway Racing, I am confident that we will be competitive right out of the gate.”

The announcement of Lupton’s sponsors and crew chief will be made at a later time.