Dodge has made up its mind about returning to NASCAR 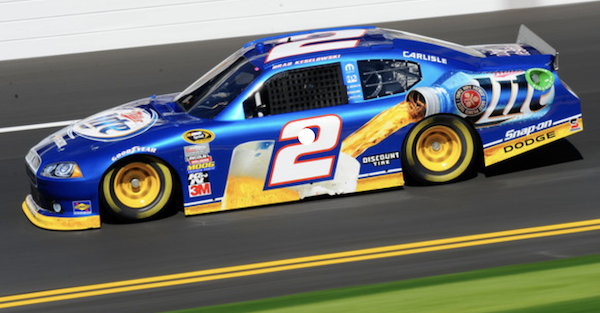 It has been a roller coaster ride for Dodge fans who want to see the brand get back into NASCAR.  With only Chevrolet, Ford and Toyota involved, it’s quite lonely without Mopar in the mix.  The first time Dodge pulled out was in 1977 and it took them 24 years to return. No one wants to wait that long again. Dodge’s decision to leave NASCAR in 2013 was very bittersweet as Brad Keselowksi and Roger Penske took home their first Sprint Cup Championship at the end of the 2012 season racing for Dodge.

Our last glimmer of hope was at the 2016 Finali Mondiali at Daytona International Speedway when Sergio Marchinonne the CEO of Fiat Chrysler Automobiles said this according to Autoweek.com:

“Yes I’d love to.  I talked to Jim France (executive vice-president of NASCAR) about this just last night.”

“I’m the one that made the decision to pull Dodge out,” Marchionne said. “I am the guilty party at the table. In 2009 we came out of bankruptcy; we couldn’t (justify) racing in NASCAR when I was trying to pay bills and make payroll.”

“I think we’re in a different place now.”

To the disappointment of many, it doesn’t look like anything is going to materialize any time soon. Definitely not for the 2018 season, anyway, as they wouldn’t have enough time to design and build an engine, let alone establish an entire team. During an interview on the “Morning drive”, hosts Pete Pistone and Lee Spencer spoke with Roush Yates Engines CEO and president Doug Yates and he had this to say in regards to a potential engine for a future Dodge team:

“Obviously, I’m not as close on the car and other aspects, but from an engine perspective, the engine they had in 2012, we had the same FR9 engines racing then. Obviously, there (have) been many years of development in between, and they would have some catching up to do, but the base engine is probably OK.”

The problem is that Dodge is not going to go for “just ok.”  According to The Drive, one Dodge employee said:

“We don’t want to come back and embarrass ourselves.”

It’s very possible Dodge will come back in the foreseeable future but loyalists are going to have to be patient as many stars would have to align for this to become a reality.