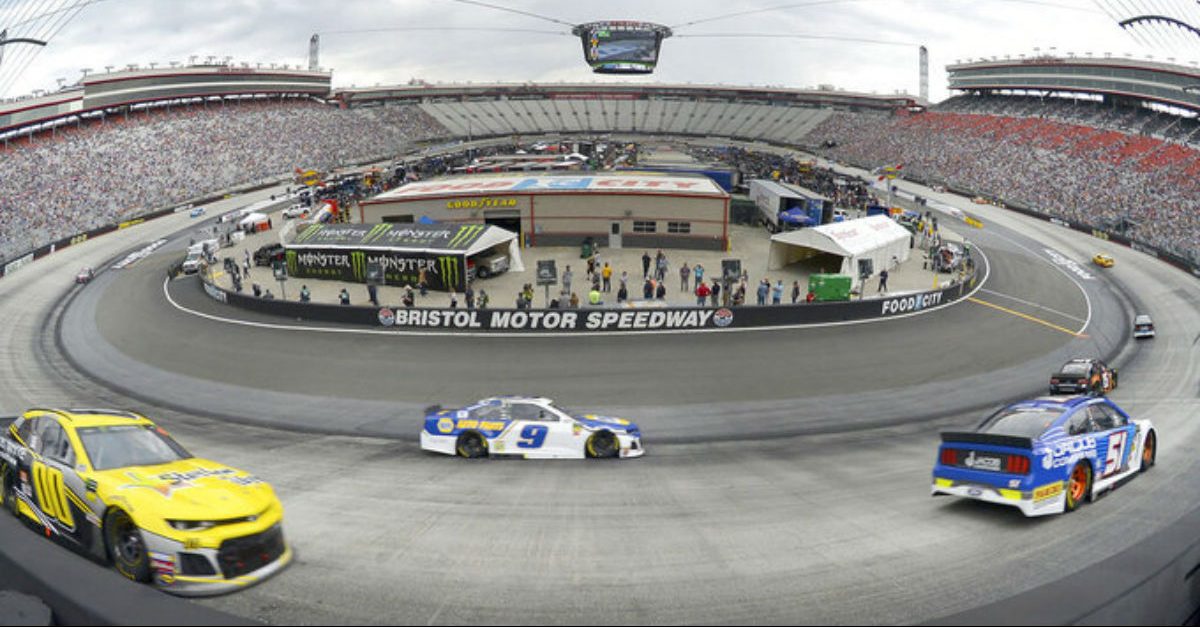 BRISTOL, Tenn. (AP) — Appalled by so many empty seats at Bristol Motor Speedway, Clint Bowyer did some digging and learned what race fans have known for more than a decade.

Hotels along the Tennessee-Virginia line near the iconic NASCAR track have pushed one of the most popular venues on the circuit beyond the budget of the average attendee. Bowyer made a handful of calls and said he was outraged to discover lower-end lodging starting at more than $300 a night.

“I was so glad Clint brought that up,” said Marcus Smith, president and CEO of Bristol’s parent company Speedway Motorports Inc. “It’s a crazy number some of these hotels are charging and it’s just unfortunate. We continue to work with the business bureaus at all of our speedways and it is a challenge we are trying to find solutions to while working with the local business leaders.”

Bristol was once the toughest ticket to get in NASCAR and boasted 55 consecutive sellouts from 1982 through 2010. The track only accommodated 30,000 fans when the streak began and expansions began in earnest when SMI bought the track in 1996.

Was Bristol a good race? 86 percent of you said Yes.

— Best race of the season so far.

The Coliseum-style structure now holds 146,000, but the crowd size has shrunk so much over the years that Bristol last weekend did not even sell tickets in the turns. Closed sections included the Darrell Waltrip Grandstand on the same weekend the Hall of Famer and all-time winningest driver at Bristol was feted for his upcoming retirement from broadcasting.

Read More: Kurt Busch on Brother Kyle’s Bristol Win: “I Was Going to Wreck Him”

The swaths of empty seats — NASCAR and its tracks do not release attendance figures — made for unpleasant optics Sunday during the Cup race, arguably the best race of the season so far.

It featured 21 lead changes, late pit strategy played a role in the outcome and Kyle Busch won again. Many drivers had compelling races, including Brad Keselowski, who lost his shot at the win when he was black-flagged before the final restart for not following a NASCAR directive. Kevin Harvick came from four laps down to finish 13th on a day his team was punished for failing a post-race inspection, and Kurt Busch continued to shine as the most consistent driver in the winless Chevrolet camp.

Another great weekend in the books! #FoodCity500 | #ItsBristolBaby

Smith acknowledged the challenges in selling tickets in this current NASCAR climate. Venues doubled and tripled their seating capacity during NASCAR’s late 1990s boom and more tracks were built and added to a 10-month schedule.

Oversaturation became a problem and NASCAR and its most loyal fans were among those hit hardest by the 2008 economic collapse. The quality of racing deteriorated, too, and fans stopped coming.

Smith can offer alternatives to the high hotel rates with on-site camping packages; a group can rent a recreational vehicle for the weekend for the same price as booking a single room at most of the local hotels.

Bristol’s spring race has also bounced around various March and April dates, and weather is often iffy enough to keep some fans at home. Sunday’s race was moved up eight minutes in anticipation of late-day rain, and last year’s event was pushed to Monday.

Smith is adamant the easiest promotion is a strong on-track product and the Bristol event was proof that fans can still catch a good show.

“The most important element is great racing in the racing we had at Bristol will sell more tickets will draw more eyeballs,” Smith said. “That is the essential component, the essential ingredient for a successful NASCAR event and a successful Bristol event. I think the key for a resurgence in NASCAR is what we saw at Bristol and that’s great competition.”