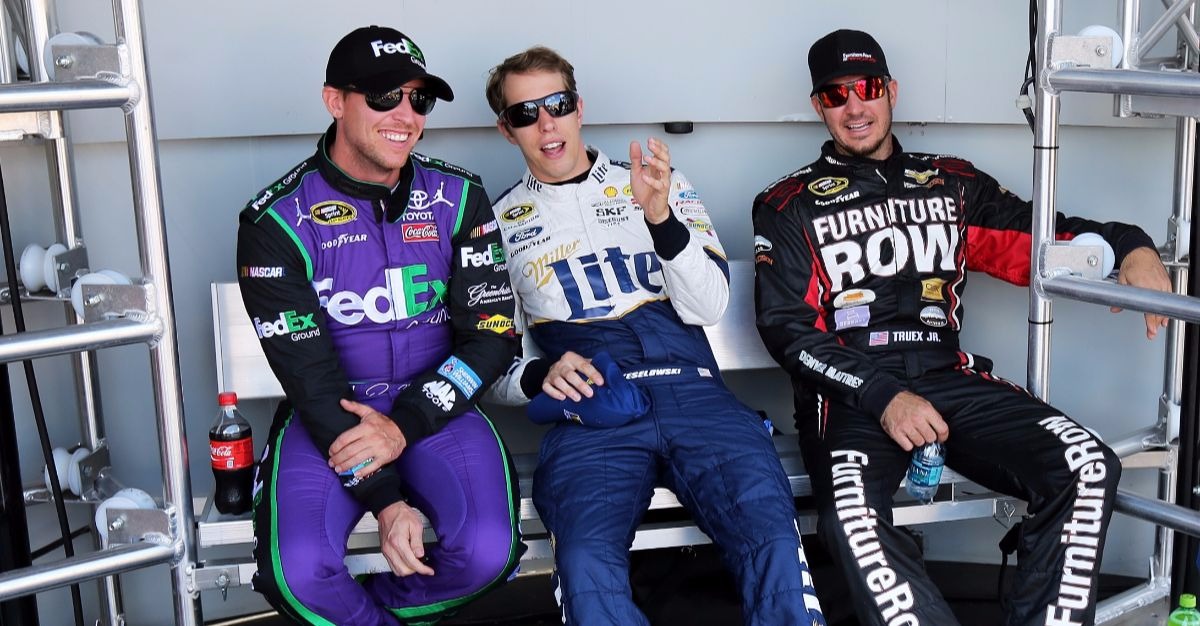 Denny Hamlin is in a weird spot. He has two wins this season and his average finish is in the top 5, yet he is at risk of missing the final four altogether. He is currently 19 points behind Brad Keselowski four the only un-clinched spot left in the playoffs.

“It’s the second year in a row the third round where I average inside a top-5 finish, and that [possibly] ain’t going to be good enough,” Hamlin said via ESPN. “It needs to be better.”

Related: NASCAR analysts believe this driver has been the biggest surprise of the playoffs

It’s been a theme of Hamlin’s career as he has 31 wins, the most of any active driver without a Cup Series Championship. It’s not a particularly flattering stat. Even if that doesn’t change, and that’s what he becomes known for, Hamlin will be surprisingly ok with it.

“One of the greatest drivers NASCAR has ever seen is Mark Martin,” Hamlin said. “He’s never won a title. It does not bother me either way. Honestly, it really doesn’t. The respect that Mark Martin had among his peers and the general public and the way he treated people was second to none. I’d rather be that guy than a bad guy that wins every week.”

Mark Martin had 40 wins without a championship, and is the NASCAR poster boy for “Best to never win it all.”

Every sport has them. The NFL has Dan Marino, the NBA has Charles Barkley. If Hamlin ends his career in the same category as those greats, it won’t be as bad as it seems. There could be worse names to be associated with.