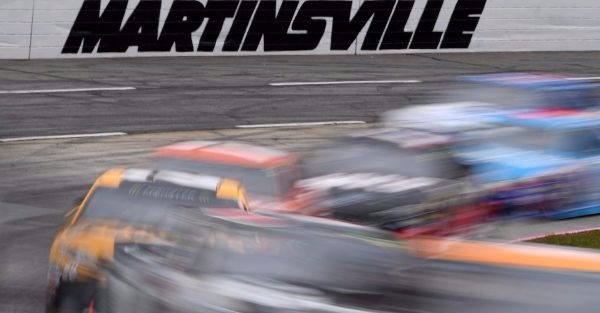 After being caught speeding on pit road, Denny Hamlin dropped from 7th to 37th place. He fought back to just outside the top 10, but still had the leaders breathing down his neck as stage 2 came to a close.

there are 25 laps left in stage … KyBusch just got into bumper of Hamlin, who is trying not to get lapped.

Staying on the lead lap was imperative to keep his championship hopes alive and when stage two ended, he had just barely survived. Now, the caution between stages will allow him to regroup and try to make a run in the final stage.

Related: Driver done early at Martinsville after getting clipped by Danica Patrick