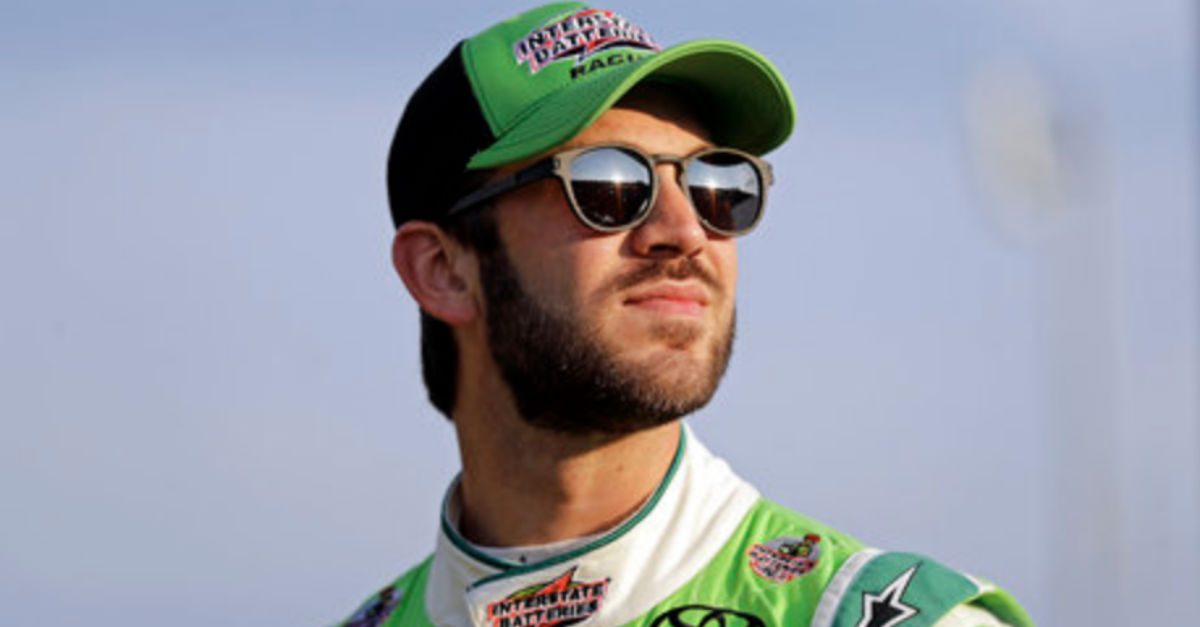 CHARLOTTE, N.C. (AP) ? Daniel Suarez will hit a reset on his career, getting a second chance to prove he can win at NASCAR’s top level.

Pushed out of a ride with Joe Gibbs Racing, one of the top teams in the sport, Suarez found a soft landing at Stewart-Haas Racing. The SHR four-driver lineup combined for 12 victories last season and claimed half the spots in the round of eight in the playoffs.

“I came from a great team that is capable of winning races, but things just didn’t work out for me there,” Suarez told The Associated Press. “Maybe to win races in the Cup Series, I needed something different.”

Suarez didn’t have a choice because he became expendable when Gibbs hired 2017 champion Martin Truex Jr. That pushed Suarez out of a job after two lackluster seasons, with few seats available with top-tier teams. Suarez, who is Mexican and advanced through NASCAR’s diversity program, is the only non-American full-time driver at the top level.

Welcome to the team, @Daniel_SuarezG!

It was critical that Suarez find a competitive ride because a seat with a mediocre team would have made it difficult to prove he belongs in the series. He won the Xfinity Series title driving for Gibbs in 2016 but was hastily moved to the Cup Series two months later when Carl Edwards abruptly retired.

He had 21 top-10 finishes in 72 Cup races. Now Suarez will replace Kurt Busch and drive the No. 41 Ford with a team that counts the Daytona 500 among its six victories and qualified for the playoffs in each of the four years Busch drove the car.

Read More: Daniel Suarez Gets Stuck in the Snow, and His Fans Have a Field Day

Suarez recognized how fortunate he was to be released from one top team and land at another. He spent months talking to SHR but the deal was only confirmed Monday, on Suarez’s 27th birthday and 41 days before he will make his debut in the No. 41 at the season-opening Daytona 500. He’s hopeful the fresh start will give him the launch he needs in the Cup Series the way it did for Joey Logano, who was once dumped by Gibbs but became Cup champion in November driving for Team Penske, or for Aric Almirola, who was a mid-pack racer until he joined SHR last season and made the playoffs.

“I have done a lot of sacrifices in my life and my career to be here,” Suarez told the AP. “I have been living in the U.S. almost eight years now. I came here to win races and win championships and I don’t like when people outwork me. I have been working extremely hard the last two years, I was able to show that in winning the (Xfinity) championship, but the last two years have just been OK. I really felt like I was either doing something wrong or needed something different.

“This is my second chance with a top team and I am looking forward to the opportunity.”

Hear straight from the new driver of the No. 41 car for @StewartHaasRcng, @Daniel_SuarezG.

Suarez will be sponsored by Arris, a company that has backed him since 2016, and Haas Automation, which is owned by SHR co-founder Gene Haas.

“We’re in racing to win and we believe Daniel Suarez can win,” said Haas, noting that sponsoring Suarez himself helps the growth of his machine tool building company.

“We use motorsports to showcase our latest technology and to attract the best talent in engineering and design. Daniel allows Haas Automation to strengthen its ties to the Mexican community.”

Tony Stewart, the other SHR co-owner, pointed to Suarez’s speedy ascension to the Cup Series. Suarez started karting in 2002 and won the Mexican national championship five years later. He won 10 races in the NASCAR PEAK Mexico Series in 2008 then moved to North Carolina to pursue NASCAR’s national level.

Proud to have @Daniel_SuarezG at @StewartHaasRcng. He's going to make a great addition to our race team. https://t.co/5Pf7MLFpYd

Suarez debuted in the Xfinity Series in 2014 and was full-time, earning rookie of the year honors the next season. Suarez won three races in his 2016 Xfinity title run and is the only Mexican-born driver to win a NASCAR national series race.

“In each series Daniel has raced in, he’s advanced quickly from rookie to race winner,” Stewart said. “He did it all while learning a new language and a new culture. He’s dedicated, he’s talented and we’re proud to have him as a key part of our race team.”