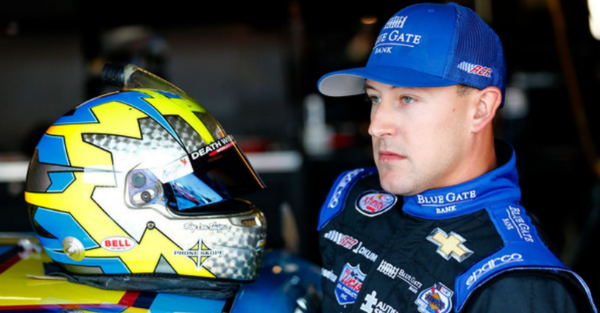 NASCAR announced its post-race penalties on its website today and one of them puts some serious hurt on one team.

The No. 21 Richard Childress Racing XFinity team was penalized for loss of added ballast, and NASCAR suspended  crew chief Danny Stockman Jr., car chief Clint Almquist and engineer Luke Mason for all races through Nov. 14. That means these important team members will miss a total of four points-paying races, and won’t be eligible to return until Nov. 18 at Homestead-Miami Speedway.

Daniel Hemric, driver of the No. 21, is currently fifth in the playoff standings.

?No matter what gets handed down to us over the next couple days, we?re a strong group,? Hemric told NASCAR.com on Saturday after his fourth-place finish at Dover. ?There?s so much depth at RCR. We?ll take whatever they give us in the next few days and take it in stride.?

But that’s a big stride. The team now has just days to put a new team in place.