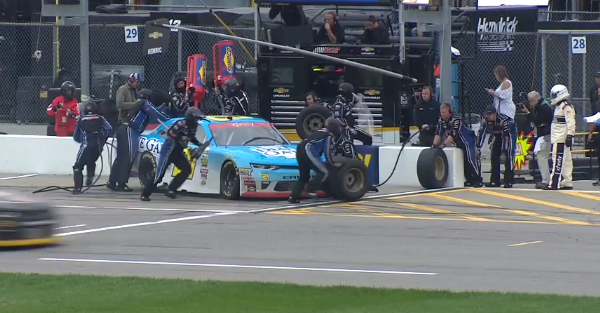 If Daniel Hemric had any chance at  any sort of respectable finsh at Kansas, it was killed by a penalty.

The reason — he pitted outside the pit box. Here’s the video that clearly shows the penalty:

During its broadcast, NBC did a fantastic job explaining what happened:

As you can see, Hemric’s No. 21 is out of the box. The team could have kept the old tire on and back up the car; but instead it put the new tire on first and then backed the car up.