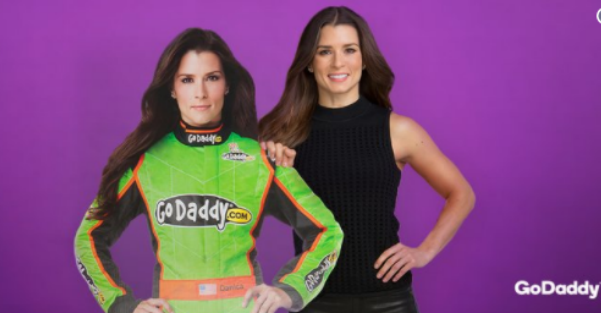 On the heels of her big sponsorship announcement, Danica Patrick is hinting that she’s going to be in a big time ride for Daytona.

Patrick told ESPN she’s confident she’ll be competitive at Daytona. “We’re definitely pretty close on all that stuff, especially on the NASCAR side,” Patrick said. “We’ll be announcing that as soon as we can. I wouldn’t do it if it wasn’t going to be a situation that would give me an opportunity to run up front and win the race.”

She also said she has “a lot” of options for the Indianapolis 500.

Adam Stern of the Sports Business Journal reported that Patrick hopes to make an announcement in a week or so:

.@DanicaPatrick tells @sbjsbd that she's looking to announce her #Daytona500 team in the next week.

—@GoDaddy CMO @HorsesToHarleys said the company is working on signing Patrick to a PSA deal and will have a TV commercial (not airing during Super Bowl).

All of the big teams have their rides allocated for Daytona, so it will be interesting to see what ride this is, and whether it’s a team that can really compete for the front of the pack. There is also no word on whether she’ll have to qualify for the race.

The Patrick buzz hit warp speed after she announced this morning, via Twitter, that her original sponsor, GoDaddy, will sponsor her in the Daytona and Indianapolis 500 races this season.