Is Danica Patrick fully committed to the Daytona 500? 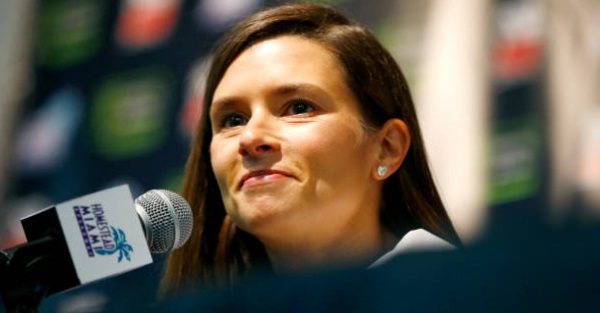 As Danica Patrick prepares for her final NASCAR Cup Series race on Sunday at the Daytona 500, she been very open and honest with the media about her feelings towards her last race.

Hope to see you there… 👇🏻 pic.twitter.com/DnMdhoTHrM

Look, no one can blame Patrick for using the spotlight to promote herself and her post-racing career. She’s popular for a reason, and she likely wants to remain popular after her racing career is over.

Patrick also doesn’t have the best ride for the Daytona 500. She signed a deal with Premium Motorsports for the race, so she doesn’t necessarily have high expectations entering the race.

But it feels like the media tour has been about Danica Patrick, celebrity, as opposed to Danica Patrick, NASCAR driver. It’s totally understandable. She’s probably the most popular driver in the sport when it comes to name recognition from both racing and non-racing fans.

It’s just worth wondering what her intentions were when she expressed the desire to finish her career at the Daytona 500 and the Indy 500. Sure, she probably wants to win. But this feels like one last opportunity to promote her brand and instead of one last chance to win the Daytona 500.