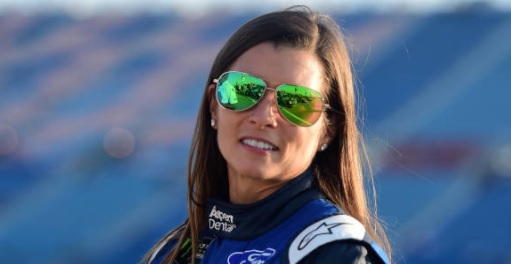 Of all the drivers in the NASCAR Cup Series, Danica Patrick is still probably the most popular throughout the country. She might not be the most popular driver necessarily, but her name is the most recognizable among racing fans and non-racing fans.

Patrick is often in the spotlight off the track, and her new relationship with Green Bay Packers quarterback Aaron Rodgers will likely keep her in the news after her racing career ends.

Heading into Sunday’s Daytona 500 ? Patrick’s last career Cup Series race ? Patrick said the media’s role in her life has almost been the same as a psychiatrist.

“Sometimes you don’t think about certain things because it’s just your life happening,” Patrick said via the Charlotte Observer. “But when you’re asked about them and you have to give perspective on something, it’s quite therapeutic actually.”

It’s rare to see athletes actually thank reporters for their roles, and many athletes don’t like being asked about their personal lives during interviews.

Patrick has two races remaining in her career. After the Daytona 500, she will compete in the Indy 500 in May.