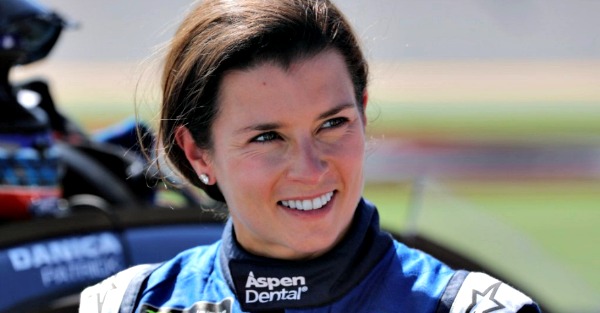 “Yes, Aaron and I are dating.”

And with that ends the speculation that captivated the sports world, just like Who Shot JR, the final episode of the Sopranos, and soon, the ending of Game of Thrones captivated TV audiences.

Patrick uttered those six words to the Associated Press, which reported them.

Her admission, after weeks of speculation, comes after TMZ Sports  published what is thought to be the first public photo of the two together. They were out to dinner in Scottsdale, AZ with a group of people, with the two sitting next to each other.

The two were first spotted out together shortly after Christmas at on of the NFL star’s favorite restaurants. Just a few weeks prior Patrick and Ricky Stenhouse Jr. ended their five-year relationship.

The future of her racing career is in limbo as she has yet to secure a ride for either the Daytona 500 or the Indy 500 — the two races Patrick announced as the final two of her career, pending a car to drive in each.

Patrick is easily one of the most popular figures in racing, so if no one decides to give her a shot at these two races, it would definitely be a missed opportunity.