Dale Jr responds to rumors about his future 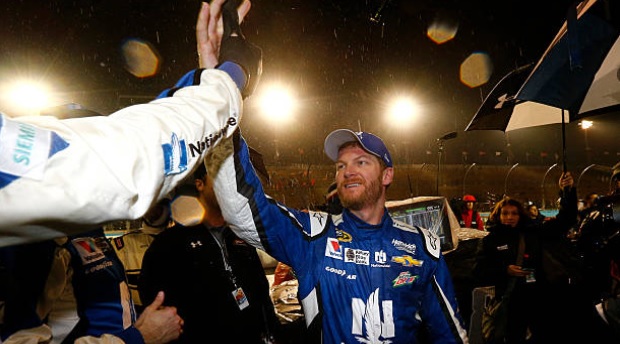 Fresh off his farewell tour of the NASCAR Monster Energy Cup Series, the rumor mill is working in hyper-drive as to what’s next for Dale Earnhardt Jr.

Recently there was speculation that Dale Jr. could be joining the cast of an abbreviated, all-athlete season of the hit TV show Dancing With the Stars. The DTWS rumors were reported by the Charlotte Observor, citing Hollywood Life as its source.

RELATED: Dale Jr. has a message for fans worried he?ll disappear from NASCAR

In the past, when asked about being on the show, he said he wasn’t interested. Apparently his stance hasn’t changed. When Adam Stern posted a tweet mentioning Colin Kaepernick and Earnhardt as the DTWS producers’ top choices, Earnhardt replied with a GIF, that made his feelings crystal clear.

However, we do know at least one thing Earnhardt will be doing next year, and that’s working in the booth for NBC Sports. The exact start date of his NBC career is currently unknown, but NBC will be airing Super Bowl XLIX in Minneapolis. What better platform to show of your fancy new toy than the Super Bowl?