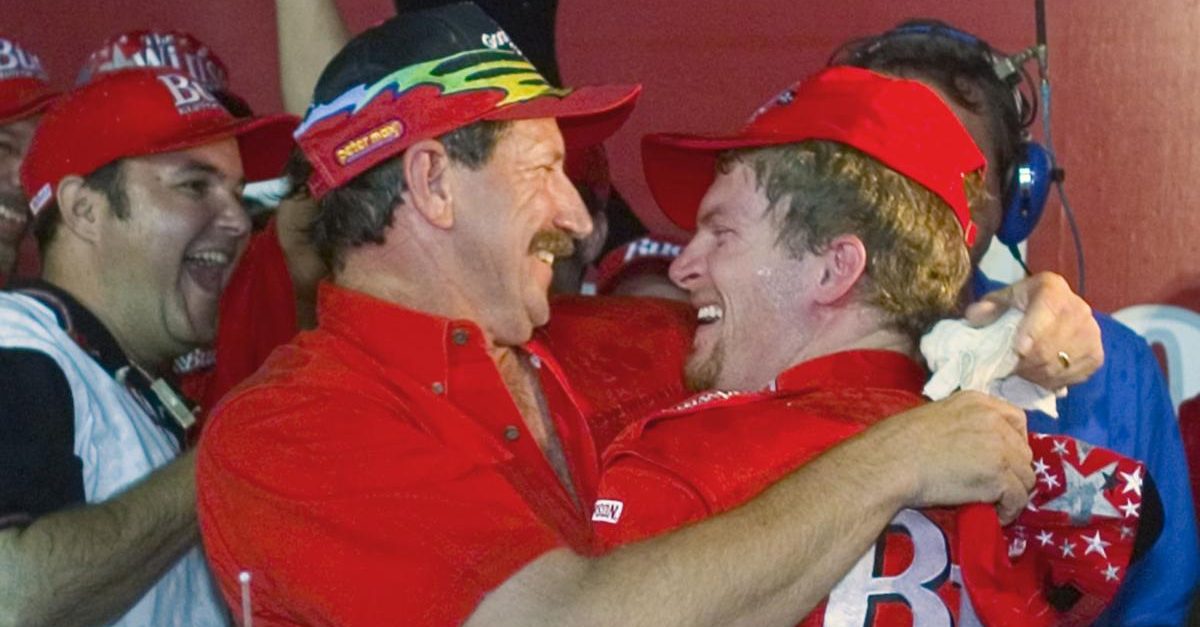 When it comes to it the most memorable moments in the history of NASCAR, the Cup Series race at Martinsville Speedway in 2000 is not making it on any lists. But, for Dale Earnhardt Jr., it’s a race he’ll never forget, because it marked one of the few times that he got to race against his dad, the late Dale Earnhardt Sr.

During an episode of the Dale Jr. Download in 2018, Dale Jr. looked back on that race at Martinsville. Why does that day stick out so much for Junior? Because it marked him getting sweet revenge Dale Sr.

Read More: Dale Jr. and Jeffrey Earnhardt Dish on What It?s Really Like to Be an Earnhardt

He comes up to both of us, and he?s like, ?You boys got good cars, and if y?all are smart and use your head, you?re gonna have a great day.

We dropped the green flag, went down into turn one, Dad ran into the back of Elliott Sadler, turned him sideways and he backed up the track into the front of my car and crashed us both. I was so pissed, and so dad came by later in the race. I got my shit fixed, get back on the track.

?Dad comes by, and I just turned right and dragged the right front tire all down the side of his car. And (I) just was so mad. And he comes over the radio, and Tony (Eury) Jr.?s like, ?Richard Childress said don?t be running into him no more, all right? If you know what?s good for you.? So we had some rough days on the race track for sure.

Considering that Junior only got to race his dad for one full Cup Series season before the Intimidator’s untimely death in 2001, memories like this are all the more sacred for the 15-time Most Popular Driver. Just like the time that Senior got so mad at Dale Jr. during a race in Japan that he threw his shoe at him. But, that’s a story for another time.