Dale Earnhardt Jr. knows who he doesn’t want to win the championship this year 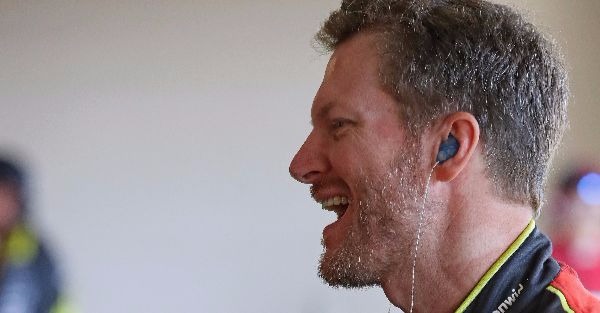 Dale Earnhardt Jr. may be done with meaningful races in his NASCAR career, but that doesn’t mean he doesn’t still have a stake in the outcome of this year’s playoffs.

When asked about retiring before breaking “Awesome” Bill Elliot’s record of 16 most popular driver wins, Junior was matter of fact saying that he hadn’t even thought about that. To the possibility of sticking around in the sport just to win more popularity awards, Dale had no questions about it. “That would be wrong,” he says.

He then says he read at one point that Bill’s son and current driver, Chase Elliot, was happy that Junior wouldn’t break the record. The host sounds surprised for a second thinking he stumbled upon some beef between the two drivers but Earnhard Jr. quickly clears it up.

He explains that he understands Chase’s position and offers a great example of why it is perfectly ok for him to feel that way.

“There’s a little sliver of me that doesn’t want Jimmy to win eight,” Junior says about the possibility of Jimmie Johnson to win his eighth championship this year, which would break a three way tie for most championships by a driver that currently consists of Johnson, Richard Petty and, most importantly to Junior, Dale Earnhardt Sr.

Understandably, Junior doesn’t want to see his dad passed at the top of the most prestigious lists in NASCAR. He even said that he likes the fact that his dad and Johnson are tied at seven because he sees them both as equals in the conversation for the greatest NASCAR drivers to ever race.

Related: Jimmie Johnson gave a simple answer when asked if he’s in the conversation as the G.O.A.T.